A quick guide to making money at Disco Elysium

Rial is the currency in the world of Disco Elysium. Not to be confused with real Iranian rial! Many items will have to be bought with hard-earned money – for example, the in-game card belongs to such items. As you progress through Disco Elysium, you will have to speak to the hotel manager, who will notify you that you must reimburse 130 riyals for the previous damage. It is clear that there is not even a penny in the pockets of the protagonist.

You need to stay overnight in the same hotel and the price per night is 20 riyals. Simply put, throughout the day you need to not only do the work of an investigator, but also try to find the maximum possible amount of riyals. We’ll show you how to make money with Disco Elysium, fast and a lot. 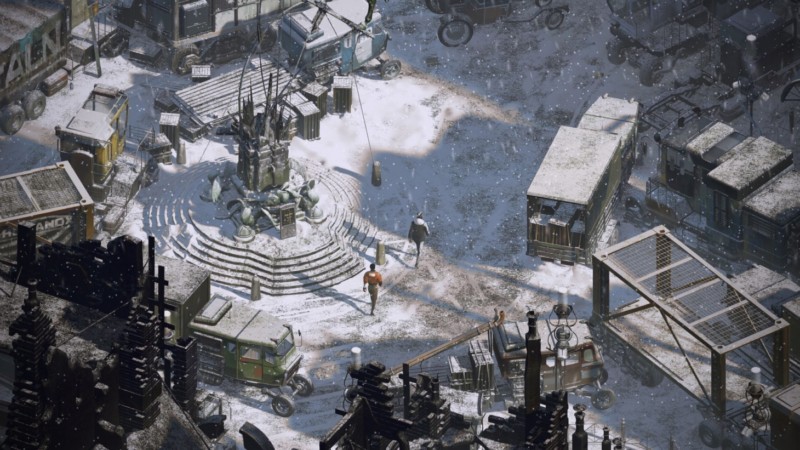 Scrape along the bottom

In the world of Disco Elysium, money can be found literally anywhere. Examine your surroundings closely for small piles of coins. Of course, a bunch of coins is not a fortune, but it’s still better than zero on your balance sheet, don’t you think?

Handing over bottles for pennies is not a shame

Few games will offer you to get money by handing over glass containers for recycling. Some people find this way of making money shameful, but when you need money, you will agree to do other things. Disco Elysium refers to glass containers as bottles. Bottles must be returned to a special recycling machine, which is located inside the Frittte shop (next to the hotel).

However, you cannot carry a whole pile of bottles on your hands, which makes perfect sense. You need to get a roomy package, which can be found at a homeless person standing near the coast (to the left of Martinez Square). You will receive ten cents for each empty bottle. You may think that collecting bottles is a waste of time, but it is not. Over time, you can collect a pretty decent amount.

Who found it, takes it for itself … or hands it over to a pawnshop

A pawnshop is a great way to earn extra riyals at Disco Elysium. The pawnshop building can be found south of the hotel. The pawnshop manager is a drug addict. Unfortunately, you will not find tons of jewels in the game world, and therefore you will have to hand over everything that you do not need to the pawnshop: mugs, pens, photographs, and so on. You can earn extra money in this way already more decently than by handing over bottles.

We thought it wouldn’t get any worse, right? But it was not so! At Disco Elysium you can … beg. It is clear that you can only beg for money from certain characters, and not from every NPC in the open world. It is enough to start a dialogue with this or that character and you will understand whether it is possible to beg for money from him or whether it is time to go in search of “goodwill” elsewhere. Here’s a tip for you: find a certain Joyce Monsieur on the left bank of the river near Martinez and ask her to borrow about 130 riyals from her – this will cover the damage you caused at the hotel.

How to handle ingredients in Genshin Impact for complex recipes?

crashes, problems with launch and resolution