On December 1, Apex Legend launched the Mirage Party event, which includes the already familiar Winter Express mode. The mode is a battle in which each of three squads (nine players in total) tries to capture the holiday train. With the return of the Winter Express, many players choose to use their familiar characters or choose a hero with heavy traps (Caustic is the most obvious candidate for this role). However, the new Legends that were added to the game after the third season are just as well suited for the battle for the train. In this guide, we’ll show you the best way to play as Revenant, Loba, Rampart, and Horison during the Celebration Event. 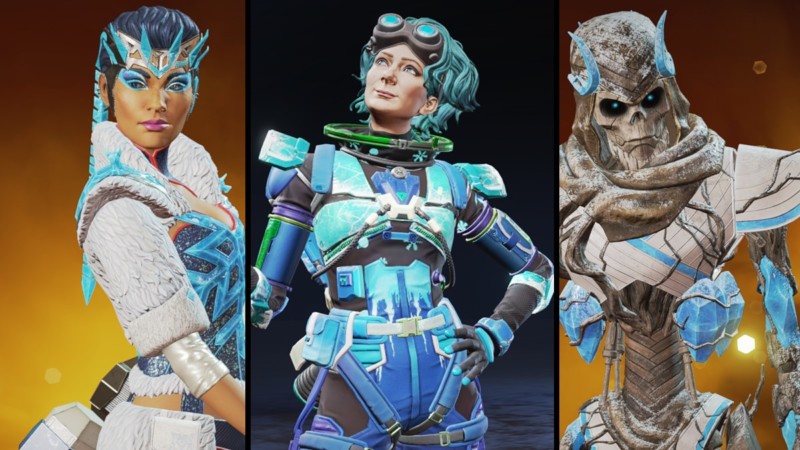 Revenant is usually aggressive in the main game, but a more tactical approach should be taken in Winter Express. Planning when to use his abilities is a key factor in your team’s success.

Passive (Trapper): There is not much room for climbing or stealth on the Winter Express, but there is an option to climb to the top of the building at Central Station.

Tactical Skill (Silence): Disabling other players’ abilities in a game mode that relies so heavily on melee can significantly change the balance of power in a match.

Special Ability (Death Totem): This is where Revenant really has a chance to prove himself to the fullest. If you place your totem in a hard-to-destroy but easy-to-reach location (such as the roof of an oil refinery), you will be able to wipe out an entire enemy squad a second time before they even get a chance to heal.

Support Legend isn’t exactly what comes to mind when you think of a game mode where you can’t even revive a teammate. But do not rush to discount Loba. It may seem far less useful than offensive and defensive legends, but this is only at first glance.

Passive skill (Diamond Eye): The ability to see where Lifeline, who is playing in the enemy ranks, summoned her capsule with equipment, will clearly not be superfluous.

Tactical Perk (Cracker’s Best Friend): Loba’s Jump Bracelet is definitely her most useful ability in this mode. This allows the player to bounce and heal, or quickly return to the control point before the other team can take it. Just make sure you pick the right moment, otherwise the round will end before you can do it.

Special Ability (Black Market Boutique): While you might think Loba’s Special Ability is useless in the new mode, it’s actually the opposite. It is extremely valuable when you have already boarded the train, because you can use it so that you and your team can instantly collect all the scattered ammunition from the previous fight.

If you’ve played the Winter Express before, you must have thought sometimes: “I wish we had something to block these windows…” Well, now you have Rampart.

Passive Skill (Modified Charge): When Rampart is armed with a LMG, this passive will help a lot. Of course, you won’t always be so lucky with weapons, but you can trade with a teammate.

Tactical Perk (Reinforced Cover): Building a cover that also reinforces incoming fire is one of the best train tactics in the new mode. And the combination of the abilities of Rampart and Caustic makes entering the train so dangerous that a skilled team will be able to hold the express train throughout the game. However, you should be careful – if an enemy team gets on the train, the reliability of your shelters will play against you.

Special Ability (Easel Machine Gun “Sheila”): In a confined space, it is necessary to destroy the nearest enemies as soon as possible, and a powerful machine gun is perfect for this. However, it is difficult not to be exposed to fire when you control a turret – this requires full rear support from the team.

The newest legend on the list seems to be the hardest to master in the Winter Express. Her playstyle forces her to pay great attention to the dynamics of control points.

Passive (Space Walk): Immediately joining the battle is not always the best option, especially when it comes to Horison. When equipped with a sniper rifle, the best course of action is to land at the highest point, sniper fire, and then smoothly jump into melee.

Tactical Skill (Gravity Lift): Here’s a hint – this ability is very useful for both getting on and off the train. It is also a good way to keep the player in the end car from going to the middle car by placing the gravity lift in the doorway so that they will either have to take time to get through it or go around it from the other side.

Special Ability (Black Hole): Created by Horison in the right place, a black hole can help you win without even ending the fight. This is most useful in the battle for the center of the train. If you can drag enemies away from the train long enough to completely capture it, you don’t even have to kill them. Just take control points and continue on your way.

20 best racing games of the past decade