Days Gone is a survival game set in post-apocalyptic North America ravaged by a mysterious virus. The project was released in 2019 on PlayStation 4 and will be released on PC in May 2021. This guide covers the main points, the knowledge of which will facilitate the acquaintance with the game, and further passage.

Take care of your motorcycle 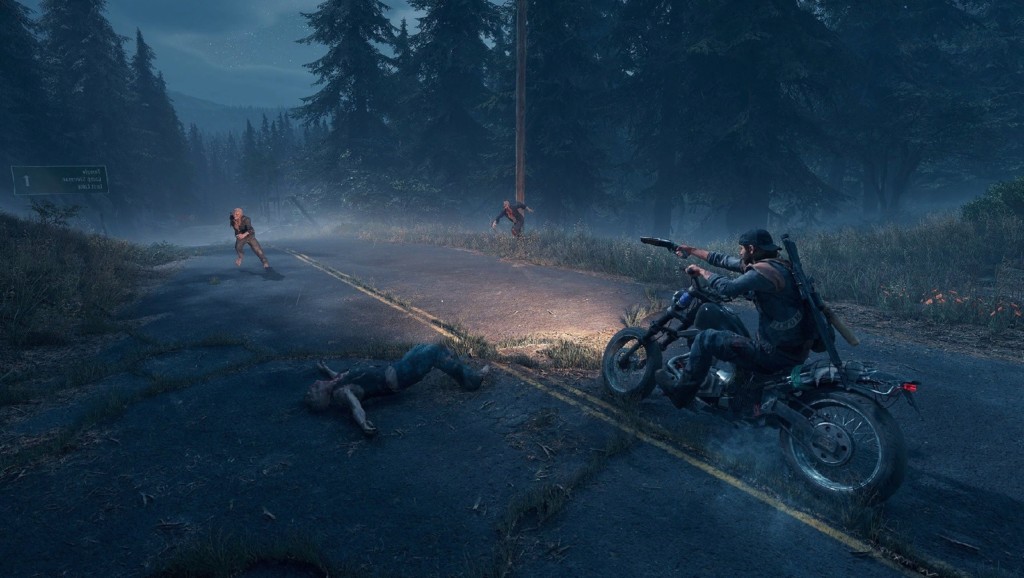 Deacon’s Motorcycle is the only vehicle available in Days Gone. Thanks to him, you can quickly move around the game world and easily run away from opponents. Therefore, repairing and maintaining the bike in good condition is one of the most important concerns of the player. Before every major ride, check the fuel level in the tank and the general condition of the motorcycle.

It should be borne in mind that fuel is consumed quickly enough. Before heading out on your trip, explore the area looking for a canister or gas station. Always keep a small supply of gas with you, it can come in handy in emergency situations when there is simply no time to search.

Save fuel by being careful not to drive at top speed and descend hills in neutral. The motorcycle is very easy to damage, for example, as a result of a collision with an enemy, collision with an obstacle or a jump. Do not let the condition of the motorcycle fall below 20-30%. Any scrap metal found can be used for repairs.

Motorcycle bags will increase the amount of available ammo

Saddlebags are one of the most useful upgrades for a motorcycle. Thanks to them, you can carry additional ammunition for all currently used weapons. At the same time, this will allow you to remain autonomous for longer, without having to return to the camp.

Keep in mind that Saddlebags are only replenished once. Therefore, you should first exhaust most of the ammo from all weapons before restocking. Filling ammo bags is done in camps and costs 400 credits. 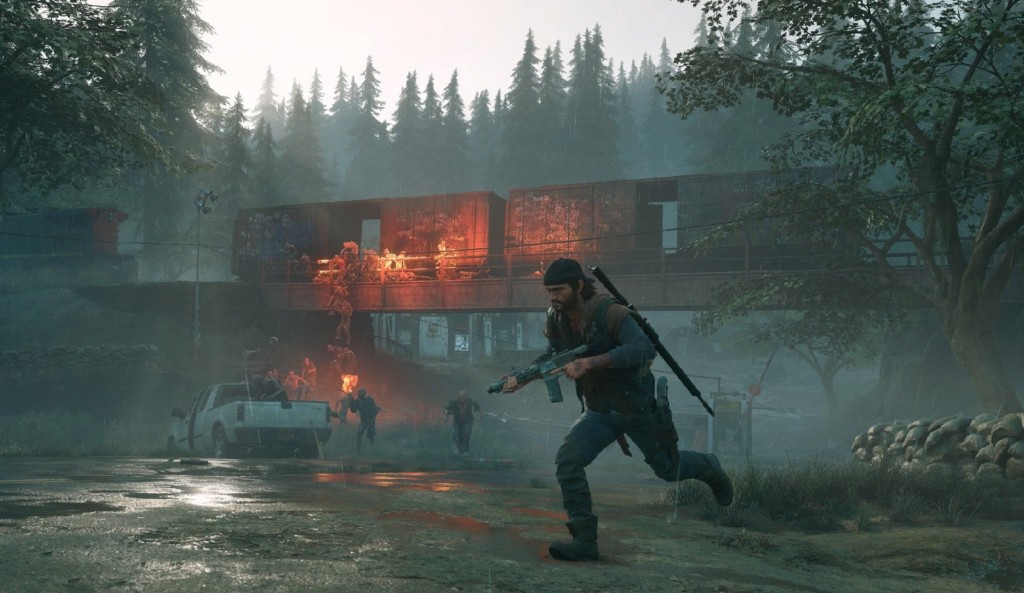 In the first hours of the game, the hero uses a relatively weak weapon. You can collect equipment and ammunition from the bodies of killed enemies, but in most cases they will be of low quality, and can only be useful when there is an urgent need for at least some kind of weapon. The best examples can be found in Survivor Camps. This is the best way to get quality gear. Unfortunately, such weapons are quite expensive, and some types will be available only after increasing the level of trust from the local residents.

Repair or replacement of bladed weapons

Melee weapons are useful in situations where enemies are in close proximity to the Deacon. The hero will use it automatically after the attack button is pressed. Unfortunately, knives and cleavers are subject to wear and tear. Each successful hit reduces a certain percentage of durability, which is displayed in the lower left corner of the screen.

After the condition of the weapon drops to 0%, it will be irretrievably lost. Fortunately, weapons can be repaired. And by pumping the ability “Repair in the field”, you can restore weapons even far from camps and bases.

The leveling system in Days Gone, as in many games, is based on the accumulation of experience. Each new level gives 1 development point, which can be spent on acquiring skills. Three branches are available for leveling: hand-to-hand combat, shooting and survival. There are two main ways to earn experience: 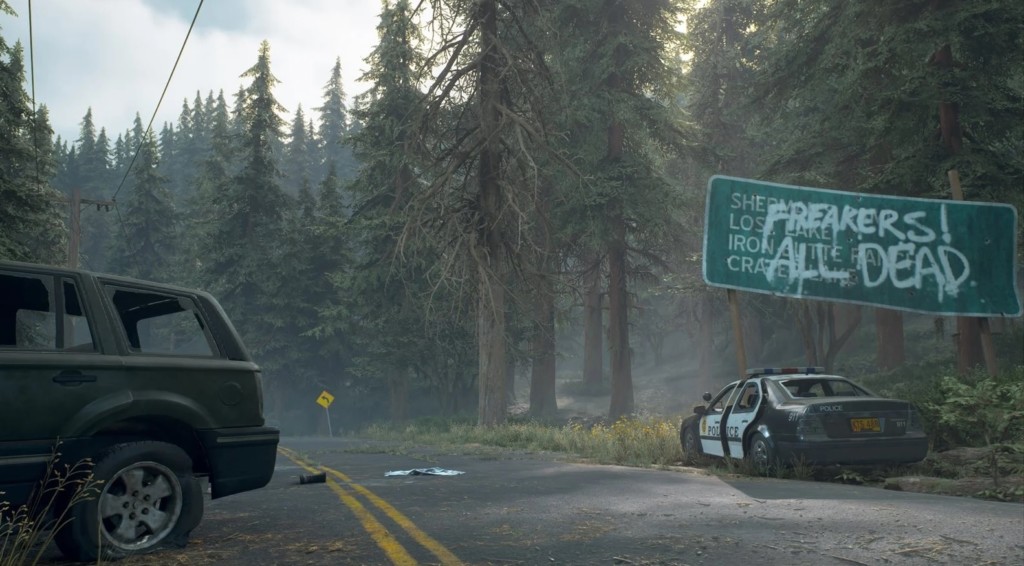 While exploring the game world, it is worth paying attention as often as possible to the various interactive objects marked by the game. Thanks to this, you can find useful equipment, ammo and ingredients for crafting. It is especially important to inspect police cars with powerful weapons and ammunition boxes in their trunks, as well as ambulances where you can find medicines.

Use binoculars to mark visible enemies

With binoculars in Days Gone, as in many Ubisoft games, you can mark enemies to make it easier to track their movements in a specific area. Binoculars work in the same way as in the games of the Far Cry series. Focusing attention on a specific NPC for a second, it will be marked with the corresponding icon.

Detecting enemies with a stone

There is a small exploit in the game related to objects that can be thrown to distract the enemy. Before throwing a stone, the flight path is outlined, as well as the contours of enemies that are nearby and can see or hear the noise of a landing object. Thus, you can detect enemies in rooms and behind shelters, which have not yet been marked with binoculars.

Beware of traps around enemy camps

Deacon knows how to set traps for enemies, however, they can do the same. When clearing the next camp, carefully look around so as not to enter one of them. Traps are of two types:

Avoid encountering hordes of Infected at the start of the game 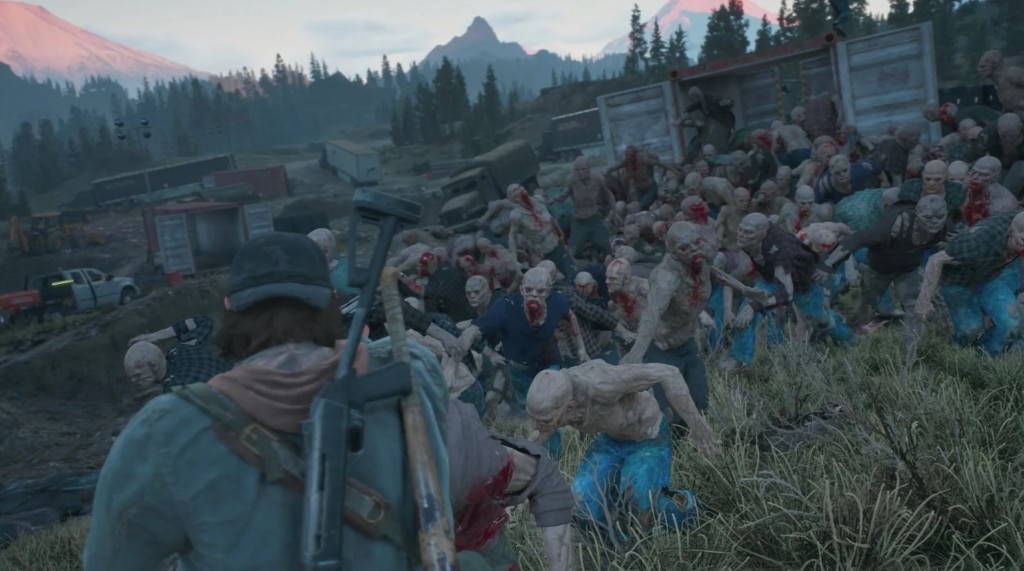 The game world of Days Gone is filled with many hordes of the infected, consisting of dozens or hundreds of the walking dead. You can fight them, but keep in mind that this will require a large amount of ammunition. In addition, such an action causes a lot of noise, attracting other creatures and bandits. Therefore, at the beginning of the game, being not pumped, it is recommended to bypass such formations by the side. Having noticed the horde, it is better to leave on a motorcycle, as Deacon runs away on foot gradually fizzles out, unlike zombies, who do not know fatigue.

Zombies are called phreakers in the game. After the death of each of them, you can collect the ears. You should get in the habit of collecting them on an ongoing basis, as donating ears to bounty hunters in survivor camps will quickly build trust and earn credits.

Save your game regularly

In Days Gone, the game will automatically save your progress from time to time, but you should make saves as often as possible. Especially considering that random events are implemented in the game, as a result of which the hero can unexpectedly get into a rather serious trouble.

Saving will avoid potential problems in the event of Deacon’s death, since after that there will be a rollback to the previous automatic save. It is also worth remembering that you can only save near a motorcycle and a place to sleep.

No sound or it freezes in Apex Legends