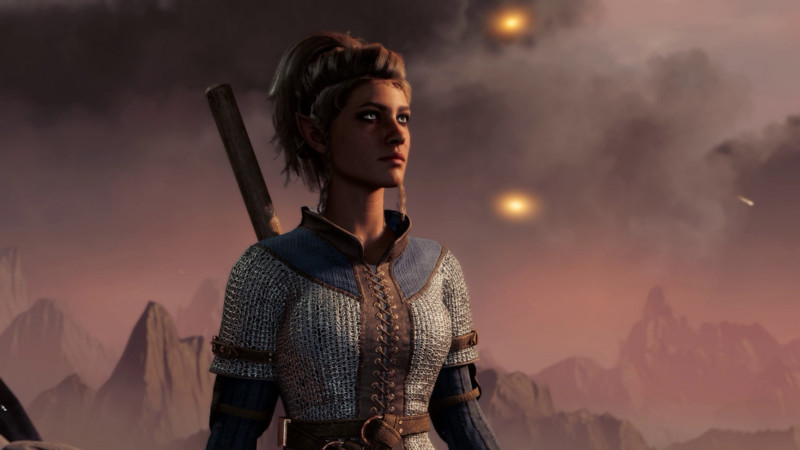 Many actions in Baldur’s Gate 3 require a skill check. Want to know if there is a trap nearby? You will need to test your history and search skills. Is someone injured and your character wants to test how dangerous the wound is? This is where the skill of medicine comes in. Each of the characters only specializes in a few skills, so you can’t expect your party members to be perfect at everything. These skills depend on certain ability scores, and you will use them in various situations throughout the gameplay.

Your character has been around animals before, so you’ve learned how to gain their trust and capture their mood. Handling animals can be used to provide assistance or to find out if they are aggressive.

Stumbled upon a magic symbol on the wall, or found a chest sealed and protected by an unknown power? Your character’s lasso knowledge can help him figure out the exact origin of the object, or alert the group to a magically locked chest that could damage them if they try to simply open it without removing the protection.

Advanced athletics will give you an edge both in and out of combat. The character will easily jump over a small chasm and will land on his feet when he falls.

During a conversation, your character may need to lie or hide the truth in order to gain the favor and trust of others. This is the least aggressive way to get someone to work for you.

Your character is well versed in what is happening in the world and remembers in detail the events that left their mark on history. It provides the group with important information, including the items it finds.

When someone is hiding something from your group, your character can pick up on it. Discernment is also useful for passively studying the environment.

While soft words can work, some characters are more responsive to threats. Intimidation will allow you to get what you want without causing physical harm.

Seeking gives the character the ability to see things that others do not. The skill will help you find the nearest trap, a secret passage hidden behind a bookcase, and much more.

How deep is the wound? Is there an infection? What’s the best way to treat a broken bone, a deep cut, how to deal with a specific poison? Your character is well versed in healing others, which greatly increases the chances of injured team members to make a full recovery.

What is the difference between a mushroom that can be safely eaten and a mushroom that is deadly? Your character has spent a lot of time outside the walls of civilization, and he knows how to live safely off the land.

Discernment makes it possible to notice important small details in the environment. Those endowed with this skill may notice signs of an impending ambush or see that someone has stolen a book from a bookshelf.

The performance is charisma.

Your character knows how to win over the crowd and command them with authority. The skill is irreplaceable when playing a musical instrument or any other public speaking.

Not everyone you meet is willing to do something for you. But the persuasive character has a cunning tongue, and he can easily persuade others to provide the necessary help.

Religion plays an important role in the world of Baldur’s Gate 3, there are many deities to whom people turn for help. Knowledge of the history of religion and its shrines will allow you to enlist the support of representatives of the spiritual elite.

Sleight of hand is dexterity.

Removing the key from the loop on the guard’s belt is not an easy task, but with sleight of hand, your character can do it discreetly. Once you have mastered this subtle art, you can use it to steal whatever you need.

You can hide in the shadows before anyone notices your presence. Stealth provides a huge advantage, especially when you need to attack unexpectedly.

Whose footprints are left on the ground? Was it a simple boar or an owlbear? The survival skill will allow you to track down various animals and safely get food in their natural habitat.

An overview of all elemental elements in Genshin Impact

All about cooking and sourcing ingredients in Genshin Impact