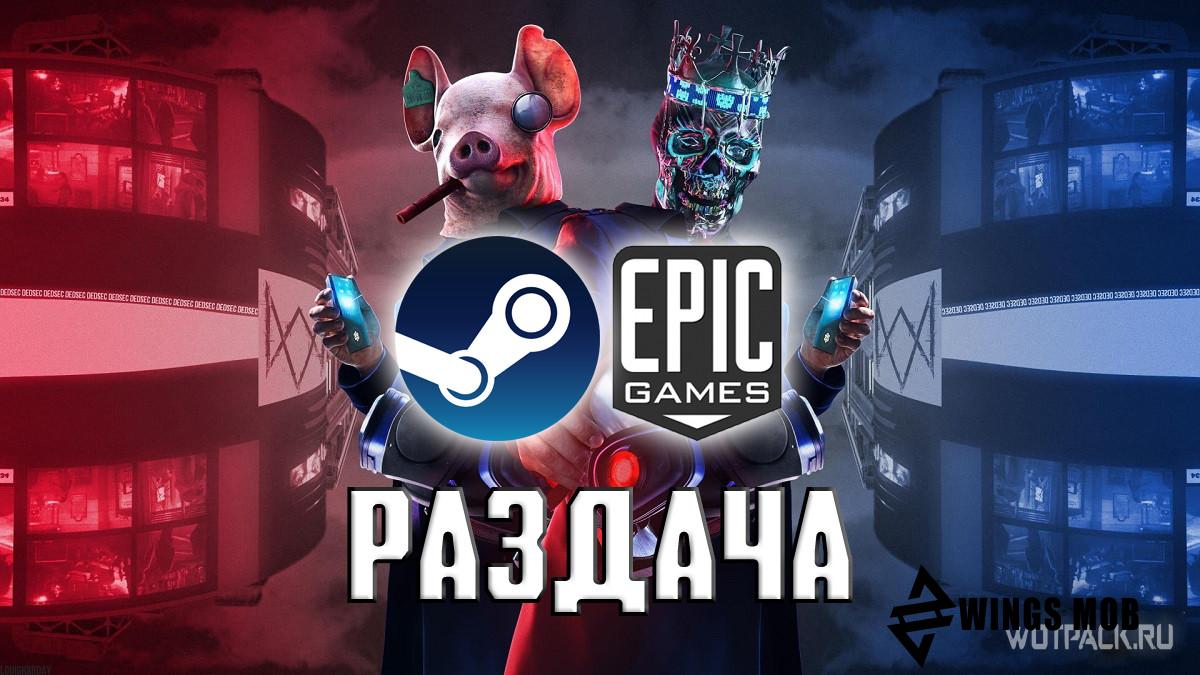 Now it’s time again accept gifts! Right now, you can pick up games that are being given away on various platforms completely free of charge. Playgrounds Steam, EGS and Indie gala we are glad to present to your attention new projects, as well as franchises that have managed to prove themselves from the best side.

The offer is great for budget users, because not everyone wants and can pay for the game. Sometimes developers rely on in-game purchases, and sometimes they show generosity at all, in the hope of increasing their own recognition in the eyes of the audience.

In any case, all you have to do is follow the link you need and download suitable game… Real masterpieces from time to time come across among free projects, so do not miss the opportunity to replenish your own collection.

Today Steam, without exaggeration, can be called the most generous platform that spoils the audience with free projects every week. Be sure to check out our carefully crafted list and find entertainment to your liking.

Fans of crazy shooting will now come to indescribable delight, because in front of us dynamic first person shootervaguely reminiscent of Quake. IN OMFG: One Million Fatal Guns the developers paid special attention to the player’s weapons – we are promised just a huge number of explosive, corrosive and annihilating guns!

You have to break through the technological base, where quite aggressive robots are in charge. Find more powerful weapons and hold out as long as possible under a flurry of fire. You should not look for a hidden meaning in this game. – you just need to run and shoot, and you should do it quickly and nimbly.

A real masterpiece in 2D for fans of retro projects… To undeniable merits Tadpole tales it is necessary to attribute a pleasant drawing and ease of gameplay, in which you will not have to understand for a long time. The developers say right in the description that they do not count on your long-term passion for the game, but it will definitely not become superfluous in the library.

We are offered to play as a tadpole, which it is necessary to cleanse the native reservoir of all sorts of beasts. Gamers will be confronted by gloomy-looking fish, ducks with multiple launch rocket systems in their beaks, and someone from the feline family is hiding under a drifting boot. We can say with confidence that the game is made with love, it is insanely funny and pleasing to the eye.

Complete ghost simulator might be a really interesting project for you. IN Ethereal Estate you are an incorporeal creature who must solve the mystery of the mansion or turn the lives of others into a nightmare. However, here you can do whatever you want – chase the inhabitants of the house with an ax, make a huge fire in the middle of the room, or smear food on the walls and floor.

This game is not about a good ghost, it is built on the destruction of the surrounding landscape and is a kind of sandbox, in which you can hang out for a long time. The project does not yet have Russian localization, but the user will quickly figure out the simple interface and write his own story.

One more 2D toywhere you have to run, jump and shoot. You will do this within a small map that will not allow opponents to escape from the righteous anger of the gamer. IN Holodrive there are many types of weapons and limitless spaces for customizing the hero.

Peppy enough action will not allow you to stand still, because movement and drive are the basis of the project. A huge advantage arcade – the ability to play online against real opponents, proving your own worth in each game.

Realistic simulator of gladiator fights is already in Early Access! Our answer to fighting games where heroes take tons of damage and get out of the water. In the Colosseum, every blow can be fatal. Any inattention – and your character’s head will roll on the sand for the amusement of the audience.

The game Gladio and glory – hardcore in its purest form and only a skilled gladiator can succeed, and the rest are destined to be forgotten for centuries. Therefore, take the game and start preparing to shed blood in the name of the emperor at any time.

Another action fighting game will definitely appeal to fans of bright graphics and grandiose battles. You find yourself in the arena, from which you need to knock out opponents at any cost, bringing their health level to the minimum value. IN Smash legends the user has access to massive fights and single duels. Fight with your friends or against random fighters and determine the winner in a fair battle.

The game is now in early access, therefore, its development continues, and you can count on improving the existing functions. The Russian language is not yet supported, but a simple interface will not present you with unsolvable tasks.

Playground Uplay, in turn, dropped one game as part of the “Free Weekend” promotion. After familiarizing yourself with the product, you will be able to draw conclusions about the advisability of purchasing it, which is very convenient.

Before us is a bright game in style action, which will tell about hacker opposition to the authoritarian regime in London. You will lead a whole group of characters belonging to different classes and possessing their own skills. There is a cooperative mode, because it is always more interesting to spend time with friends.

Each character can be destroyed in the process of passing, which gives Watch Dogs: Legion a little hardcore. The player needs to carefully weigh their decisions in order to succeed. The promotion is valid from 18:30 on March 25 before 28 march (16:00 Moscow time), so hurry up to take advantage of the offer.

Today from EGS only one free game has arrived, however, we continue to follow the development of events and promptly inform you about really profitable promotions.

Creature in the well

Unusual slasher with unassuming graphics can capture the player for hours. You have to get used to the role of the last robot, which is able to stop the tyranny of the all-seeing Creature. Collect equipment, solve the assigned tasks and remember that the fate of the ancient city depends only on you.

Combat mechanics borrowed from the famous Pinballso the oldfags will love it. Despite the relative simplicity of the gameplay, quickly pass Creature in the well will not work, because sometimes the game is ready to put before us really difficult tasks.

Today there are two free games on the menu of this site. Indie gala is gradually becoming a stable content provider, for which you do not need to pay money, which definitely pleases the audience.

Cat on a diet

Which can cause even greater delight than a moderately well-fed cat, which must be controlled in a computer game. We are faced with a difficult, but very noble task – deliver Murzik straight to the huge jar of his favorite cookies.

True, due to his unhealthy addiction to flour products, the cat does not move very dexterously – it just rolls, using elements of the world landscape to change the direction of movement Cat on a diet… That is why he needed our help!

An extremely dark game of the genre “Search for objects”… This time we will have to solve the mystery of the disappearance of students, so we try on the role of a detective, turn on the flashlight and go looking for clues. IN Hope lake you will find many atmospheric locations, enjoy a captivating storyline and practice your attentiveness.

The developers have provided two levels of difficulty, so the user can play in a mode that is comfortable for him. Fans of the genre will definitely appreciate the electronic product, because it is made really with high quality.

This category includes projects that cannot be called full-fledged free games. However, this content is available to absolutely everyone and will definitely find its audience.

Fantasy Network RPG – the dream of many gamers who want to get into a huge world teeming with ruthless beasts. Cryptic Studios invites audiences to free beta testingbecause he wants to create a really high-quality product. You get the opportunity to use the game Magic: Legends free of charge.

This format assumes some flaws on the part of the creators, but plunging headlong into the new world and becoming its pioneer is worth a lot.

We do not always get the opportunity to receive official addition to such a large-scale game is absolutely free. Today is a lucky day for Total War fans – DLC Rakarth at your disposal, you just need to follow a simple algorithm of actions.

Please note that the offer is valid only for owners of Total War: Warhammer II on Steam.

TOP-10 films of the XXI century, which deservedly received an Oscar 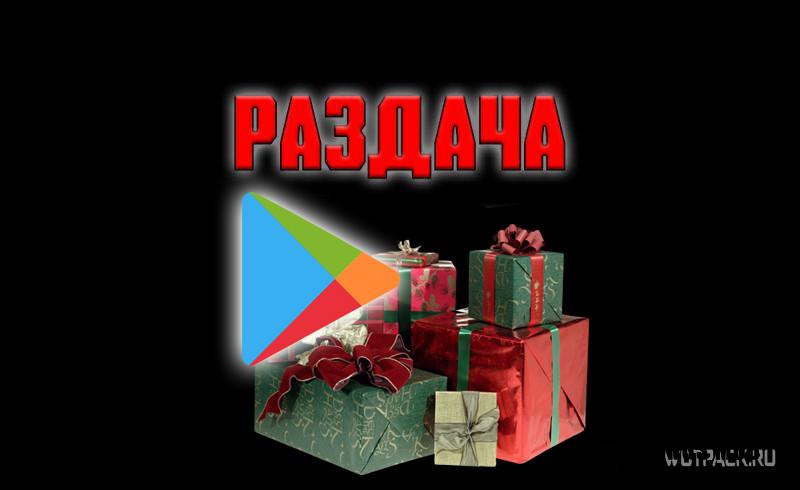