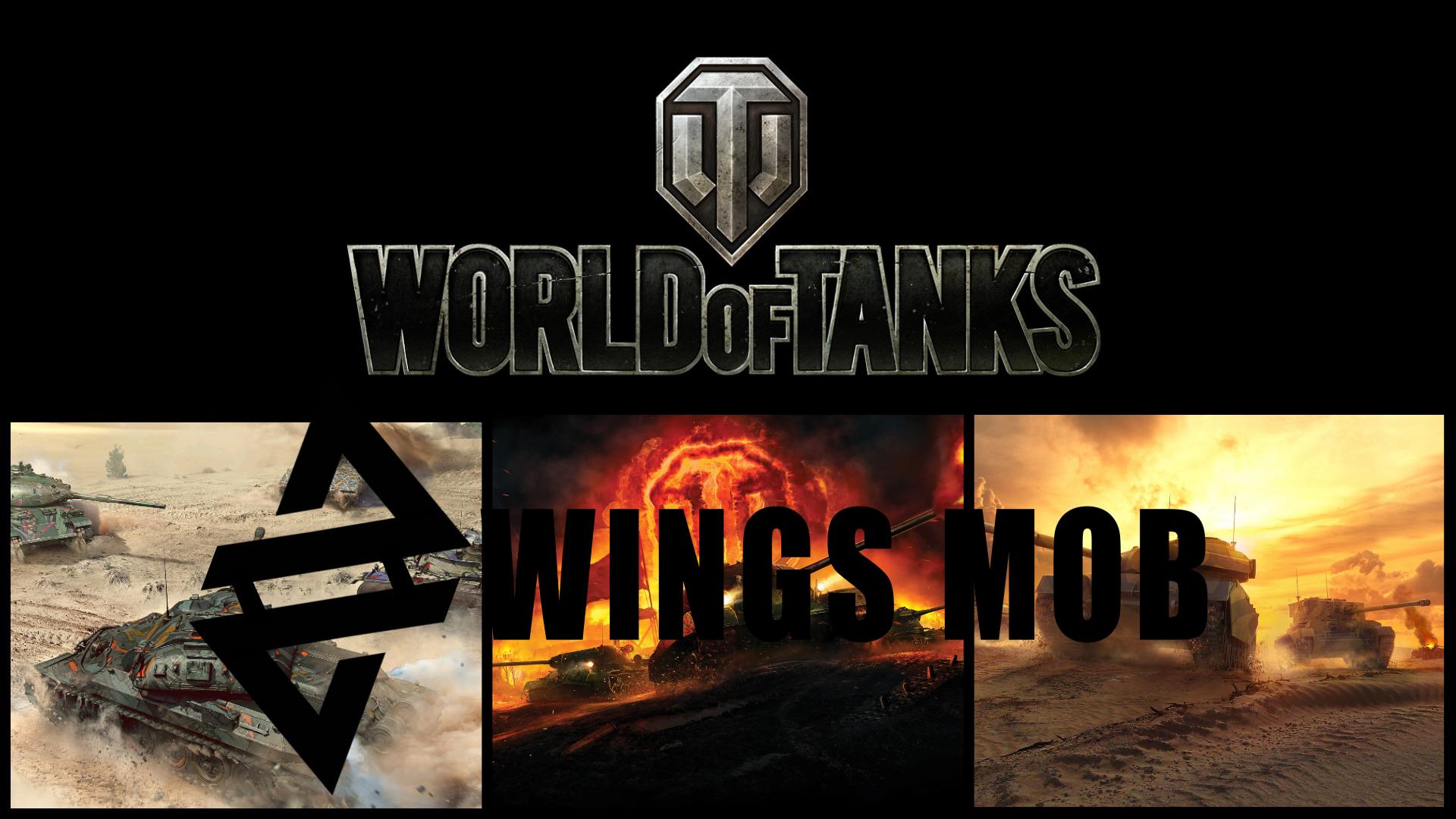 Does WoT have a future❓ What awaits the game in 2020

Will the developers be able to solve the old problem or add new ones? The largest update in the history of WoT for the decade of the game.

Greetings, tankers! With you Wotpack and today we have an overview informational collection of all the known news about what awaits WoT in 2020.

Let’s start with the fact that in 2020 World of Tanks has an anniversary – the game turns 10 years old. This date, however, like the whole year, will be marked by large-scale events and global changes. The developers promise to throw a grandiose holiday with thematic stages, a lot of awards, gifts and surprises. “Tank Festival” and a VERY big tournament await us again.

Throughout 2019, the developers on the Sandbox test server are gradually introducing new edits and preparing a New Balance, which should radically change the game. For each type of shells, there are now clearly defined roles and their profitability is determined.

Players who prefer to use basic projectiles will gain an advantage, because they will increase their one-time damage. Annual (special) remained unchanged, so they are inferior in damage, but retain their advantage in armor penetration. The new damage values ​​are listed in this article.

FROM land mines there was a long history, at first they were very nerfed, then they were unrealistically uplifted and it seemed like they found a balance on the third attempt. Now the HE has removed armor penetration, but they are guaranteed to inflict fixed damage (this feature is especially felt for small caliber guns). You can read new mechanics and algorithm for dealing damage here.

Thus, if you know the vulnerable zones of enemy vehicles, the player with basic shells can shoot the enemy with gold on DPM. So it’s time to start studying the weak spots in vehicle booking (closer to the release of the patch, we will launch a section in which we will tell and show you where to penetrate the most protected vehicles).

The second stage of the New Balance will be a change in the vehicle’s HP to make the transition between levels smoother and to increase the life time in battle.

Not spared and artillery… To make it more in demand, three types of shells were returned again, on the competent use of which your performance and contribution to the victory (or defeat) of the team will depend. Now the SPG can play the role of support or concentrate on dealing damage.

Another step will be to simplify the tech tree. There will be more transitions between classes, so choosing a branch to level up will become a little easier.

Such changes will force us to take a fresh look at the game. Imba will change, other tanks will become popular. When pumping out new or buying premium equipment, pay attention to armor penetration. The least gold-dependent tanks will become the leaders of the random. Increasing durability at low levels is a good idea, because sometimes beginners did not have time to figure out what’s what, as with 2-3 shots they went to the Hangar. It was especially unpleasant to play on “fives” against “sevens”, where they could easily destroy with one penetration. The idea is definitely positive, the only question is in its implementation, so we are waiting for how it will look like in practice.

Due to the rebalancing of shells, the economy, statistics, and Personal combat missions will be reworked.

And here is the contender for one of the most controversial innovations of this year. The old crew will be eliminated, replacing all with one commander. All skills will be revised and new ones will be added, so far the approximate number of 25 pieces. Some players have expressed dissatisfaction with the current action of Cloaking, saying that some PTs are very difficult to detect. Let’s see what happens with the new skills.

Forced “demobilization” will take place with the preservation of the experience of the tankers, who will go to the commander (in what ratio is still unknown). Many players are unhappy because they specially pumped out tankers (and some even bought them with 1 perk) + a lot of promotional crew members:

Separately, it is worth noting the registered tankers on the Primo Victoria with the Swedish group Sabaton and the TL-1 LPC with the American group The Offspring. But most of all worried about the fate of the dog Sharik with the T-34-85 Rudy.

The main positive change will be the treatment of “sclerosis”. The crew will no longer forget the vehicles they have passed and can be transplanted back without penalty.

The equipment will be processed together with the crew. Now most players ride on standard assemblies and some of the equipment has long lost its relevance in the current randomness. Therefore, the characteristics will change and a new one will be added (what exactly is still unknown). For low levels, the purchase price will decrease.

If the developers manage to implement everything as they intended, then such chips will add variability in setting up the technique. Each player will be able to create a unique configuration for their tank, depending on their preferred play style. Here are just what we will do with the free dozens (and some even hundreds) of beds, many of them expanded the barracks for gold.

The first to return to us “Front line” (we hope that this year will do without so many bugs, the developers seem to have taken into account all possible nuances). The main award of this mode has already been released on the SuperTest – a French medium tank with a drum and built-in mechanics “Regular large repair kit” Projet 4-1.

The second mode will return “Steel Hunter”, but in a significantly revised version:

Moreover, for these two modes, GENERAL PROGRESS SYSTEM… So you can get the main rewards for both events by playing only one or combining it according to your mood.

Historical PvE Event will bring variety when you want to take a break from standard fights. Artificial intelligence is improving, so the battles will become more intense and dynamic. This year we have to repeat the feat of our ancestors and take Berlin by storm! A new map for the event is already ready:

“Battle Pass” another innovation that the developers bring to the category of events, so it will most likely be launched for a certain period of time. It consists in the phased receipt of rewards for the overall progress of the player. All you have to do is just play (but the better you demonstrate, the faster you climb the “ladder of prizes”). They also promise to bring new game mechanics here.

In many games, the “Battle Pass” has two lines: donated and free (that is, the player who kicks can collect twice as many awards). Whether there will be a difference in WoT is still unknown.

So far, only the most global events are known, and besides them there will still be many thematic ones (holidays / marathons). In general, everything looks quite interesting, they promise to reduce the number of LF episodes and thereby remove the compulsion to play this mode in order to get the maximum reward. So the overall progress between the modes is one of the best ideas. PvE event for the amateur, for a change you can play to at least pick up all the rewards.

Separate attention for the “Battle Pass” deserves awards in the form of trophy equipment, which can be upgraded to BONOVO, but removed for gold (this can be called a freebie, because it is not cheap to remove boom equipment every time for 200 bonds).

At the beginning of the year, we will get acquainted with the branch Soviet two-gun tanks, the research of which will start with KV-3 for about 65-70k experience. The technique stands out for its high firepower and the ability to combine firing in three modes: cyclic, alternate and salvo.

The second branch will add italian heavy tanks, who are likely to inherit the mechanics of reloading projectiles from their middle brothers, who are downright imbued in skilled hands.

And another third branch will come out, secret… Details have not yet been disclosed.

The developers follow their words that the technique is chosen only by the one that guarantees new and dynamic gameplay. The declared tanks have their own “zest” due to which there is an incentive to pump them out. We are waiting for them to prove themselves in the random house.

But here we are not a lot. In addition to the Berlin map for the PvE event, the Pearl River returns to the game. It was removed back in September 2015 due to the confusion of the location and complaints about its “corridor” nature. After a major revision and translation into HD, it looks like this:

In the near future, fundamental changes and new technology are not expected. A new counter will appear – an analogue of pre-combat instructions, but only for the Global Map. For the first time, each participant will receive one set, which cannot yet be refilled, so spend wisely. Another interesting innovation will be the “Workshop” for creating premium Tier 8 vehicles; it will be possible to collect previously issued tanks.

Recently, there are more light tanks in the random, since this year a branch of wheeled LT from France and LT from Great Britain came out. The developers have already achieved a reduction in battles with three SPGs at level 10 from 70% to 39%, the trend in this regard is positive and is approaching 30%. Similar measures are already being taken for light tanks, but so far it is difficult to implement this due to various events.

Again, with the help of the balancer, it was possible to reduce the number of turbo battles. In this direction, the developers have done everything possible according to them. There is also an uncontrollable factor that the players at the beginning of the patrol can simply flock to one flank and no one is able to influence this.

For World of Tanks, 2020 should be a landmark year. The plans are grandiose, there are a lot of interesting ideas, there are a couple of dubious ones, in general, everything is in the hands of the developers and depends on how well they manage to implement their plans. In the past year, not everything worked out, there were bugs, but they were promptly corrected with micro-patches.

Not all tests are over yet, at least once it will be possible to take part in the “Sandbox”, so stay tuned. And recently we summed up the Results of 2019: is the game better or worse?