If you want to download Minecraft PE 1.17, then you’ve come to the right place! On October 3, 2020, Mojang studio at the Minecraft Live 2020 conference announced a new large-scale update for its cube hit – “Caves and Rocks”. To say that this is one of the largest updates in the entire history of the game is to say nothing.

New generation of the world, new biomes, new types of caves, new mobs and items – this and much more awaits you in Minecraft PE 1.17 “Caves and Rocks”. In today’s article, we will guide you through the most notable innovations and changes in the update, as well as share with you a link to download this version. Go!

In the new update, the generation of the in-game world has been significantly expanded. The maximum height and depth of the world has been increased by 64 (!) Blocks, which gives us a total of 384 blocks. Various underground structures, such as caves or mines, can now be generated at depths down to -64. The height of the generated surface can reach as much as 256 blocks – previously the maximum height of the world in principle. More world = more content. There is no need to complain.

Three new unique biomes have been added to Minecraft: overgrown (or lush) caves, stalactite caves and dark depths. Let’s walk through each of these biomes with you. Overgrown caves are similar in structure to ordinary caves, but they are filled to capacity with a variety of plants. 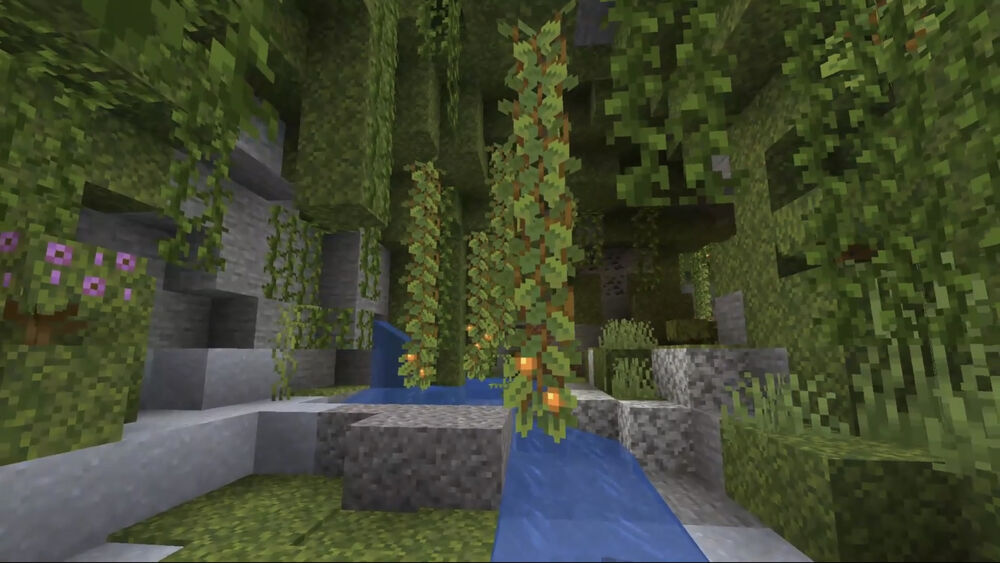 In the overgrown caves you can find new plants such as:

Have you ever seen in some film or documentary caves with stone icicles hanging from the ceiling? So, these are not icicles, but stalactites – calcareous growths that are formed on the shelves of caves by water seeping from above. Such caves look damn beautiful – and now you can enjoy this beauty in Minecraft, but only in a cubic form, of course. 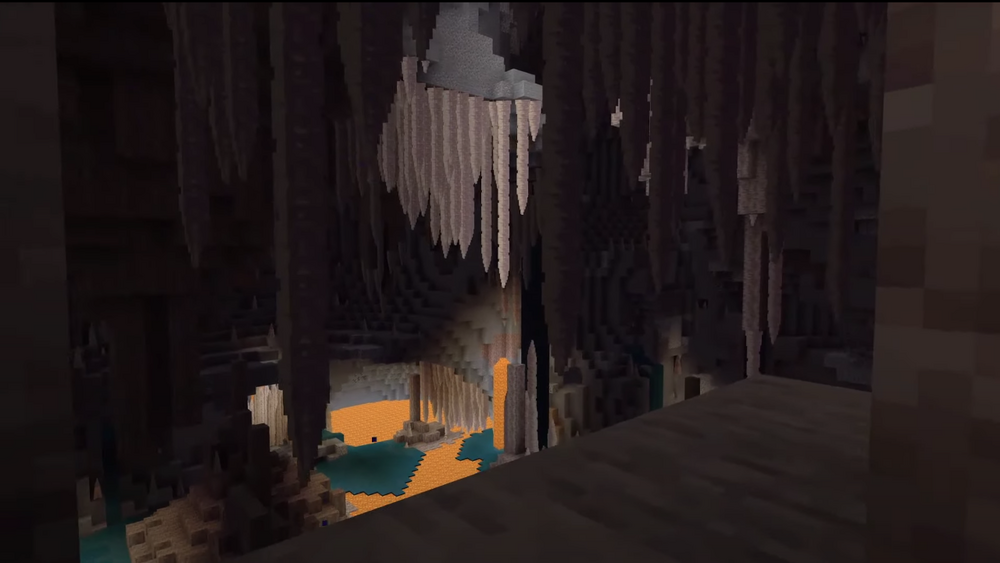 As for the dark depths, such a chain of caves does not generate above 0 in Y. In addition, the dark depths are home to the so-called skalkblocks and the Warden, which we will look at in more detail below. If you believe the information on the network, in the dark caves, players can find a huge number of chests with a variety of loot inside. Undoubtedly a dark and scary place, about which, unfortunately, there is very little information at the moment. 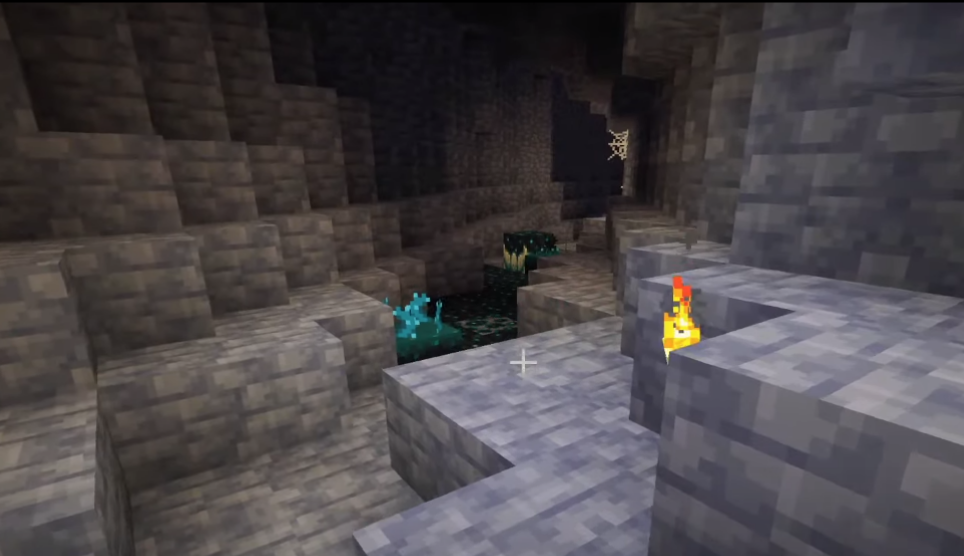 Now let’s talk about a number of new mobs in Minecraft PE 1.17. There are a lot of mobs and they all differ from each other in, so to speak, temperament, and therefore we divide them into three categories: passive, neutral and aggressive. Let’s start with passive …

One of the most notable mobs in the upcoming update, and all due to the fact that he became the winner of the vote at the Minecraft Live 2020 conference. This mob is a favorite of the public, and for good reason! The unusual octopus boasts glowing textures and the same particle effects, making it easy to see in the depths of the sea (or cave). Moreover, this unique mob drops bags of glowing ink, which can be used for all sorts of interesting things (more on that below). Octopus is not very strong – it has only ten health (five hearts).

Axolotl, the cutest fish in the world, will finally appear in Minecraft! As a rule, you can find such a handsome man deep in an overgrown cave, of course, in the water. Axolotl boasts a formidable 7 hearts (14 health) and, in certain situations, it can attack a number of mobs, for example, drowners, squid, fish and even guardians. True, the Axolotl deals only two damage (1 heart).

A special skill is to pretend to be dead in order to regenerate health. Interesting fact: you can catch the axolotl using the most ordinary bucket and even try to tame it. There are different color variations of this fish: pink, brown, gold, blue-green and blue. However, the last variant of Axolotl has an incredibly small chance of spawning – only 1: 2000! Almost from the very release of Minecraft, players wondered: cows, sheep, pigs, chickens – where are the goats? After a long time, the developers decided to please the lovers of living creatures – goats will appear in the Caves and Rocks update. As a rule, goats will spawn in the mountainous regions of the map, where they actually belong. The goat is an extremely unusual mob. Firstly, goats can jump, and quite high (five blocks high), which can take a poorly informed player by surprise.

Secondly, goats can butt very painfully – as much as 7 damage (3.5 hearts)! Thirdly, the goats remain neutral towards the player and other mobs, but only for ten seconds. At the 11th second, the goat goes all out and starts butting its opponent, pushing him a long distance. Note: The goat will drop horns if it hits blocks of wood, stone, or other similar material.

The Guardian is a new and one of the most dangerous mobs in all of Minecraft. Such a giant can only spawn in the dark depths. The main feature of the keeper is a damn good hearing. To survive in a collision with the guardian, you must very slowly sneak past him. Despite its solid size (2 times the size of an iron golem), the guardian moves extremely fast, and the longer you run from him, the faster it becomes.

The Guardian has incredible strength – he can do 84 damage (42 hearts). Simply put, you can only survive a direct confrontation with this mob if your body is covered with netherite or diamond armor. Trust me, you don’t want to fight the keeper because it’s a waste of time. You will lose more than you gain. Avoid it in every possible way, for example, throwing eggs, snowballs and other throwing objects into different parts of the caves.

By the way, speaking of objects …

Moving on to an equally interesting section – new items. There are many gadgets and they will all be useful to you when exploring the cubic world. We will look at the most interesting and most practical innovations. 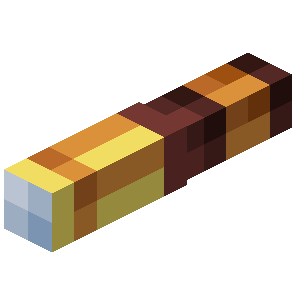 The telescope is a very useful thing, and all because with the help of it you can look at especially dangerous opponents or amusing structures at a great distance. To create a telescope, you need to find one amethyst shard and two copper ingots – both are new content in Minecraft PE 1.17.

Brushes are a special item designed to search for various artifacts in blocks of sand, gravel, earth and other “loose” materials. You can find brushes at the archaeological site. Hint: Using brushes, you can extract ceramic shards and make them jugs. The main thing is not to forget to subject the latter to heat treatment.

The bag is an incredibly useful item that can save you a huge amount of space in your inventory. Just one bag fits as many as 64 blocks (or 1 stack). Any type of block can be stored in the bag. No, you don’t have to open the bag to view its contents, because it is displayed when you select the bag itself. Also, the bag can be easily transferred to any of your comrades. 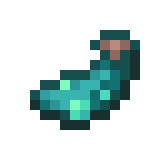 To get the glowing ink, you will have to “lightly” pat the glowing octopus, which we mentioned above. Creating glowing picture frames and glowing plates – there aren’t many uses for the new item, but they are still welcome. Also, do not forget that the color of such ink can always be changed with the help of a long-known dye. 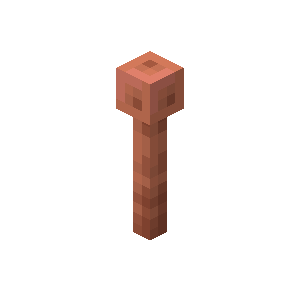 A lightning rod is a specific thing that newcomers to Minecraft are unlikely to need, but advanced players will be very happy with it. The lightning rod allows you to attract lightning to itself at a distance of 64 blocks, which will help not only protect your house from a potential fire, but also charge the redstone up to level 15. Few people think about it, but the lightning rod can be installed not only vertically, but also horizontally.

In Minecraft PE version 1.17, a ton of new blocks have been added. We will go through the most interesting of them with you. If we decided to indicate all the new items, then the article would grow to colossal proportions and it would be boring to read it. For a complete list of added blocks, we recommend taking a look at here this useful page… 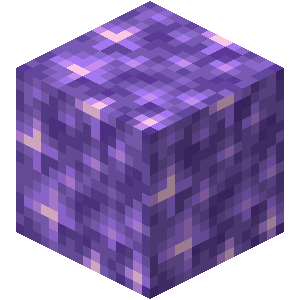 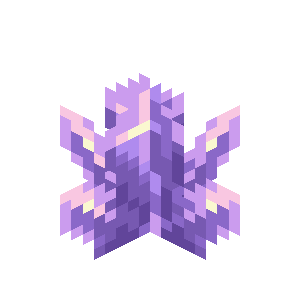 Amethyst crystals can be found on top of amethyst geodes that form underground. From such crystals, you can build the already mentioned telescope, as well as amethyst blocks. The creation of the latter will require about four amethyst crystals. 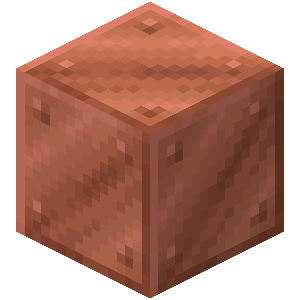 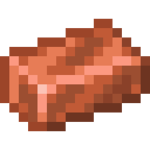 A copper block can be cast from four copper ingots. The latter can be mined from the corresponding ore located underground. Over time, copper acquires a greenish tint, and all due to the natural oxidation process. Copper is involved in the creation of the earlier reviewed telescope and lightning rod. 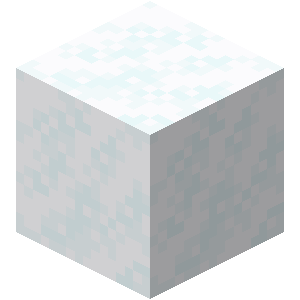 Outwardly, loose snow resembles ordinary snow, but you can drown in it, just like in a cobweb. To neutralize this effect, you need to put on leather boots on your feet. Once inside the block of loose snow, you will see only a white shroud, and your character will receive frost damage, which can be completely interrupted by a full set of leather armor. See a goat avoiding a specific area of ​​snow? This means that you have blocks of loose snow in front of you.

The Rolling Sensor is a unique unit that detects nearby vibrations and sends a redstone signal in response. This functionality allows for a “wireless” redstone. The radius of the rolling sensor is 8 blocks. To prevent the rolling pin from working, you need to sneak past it, use wool. The rolling sensor can be updated / recharged using a simple tool such as a hoe. 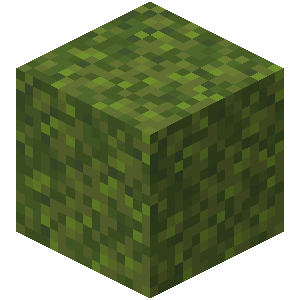 Moss is a decorative block found in many overgrown caves. By using bone meal on this block, all nearby blocks will turn into blocks of moss, which will be covered with moss carpets and azaleas. 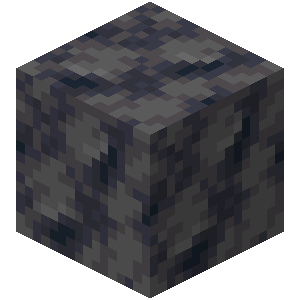 Smooth Basalt Blocks are the outer layer of the Amethyst Geode. Smooth basalt can also be obtained by processing ordinary basalt in a furnace: put four blocks in the upper left part of the workbench, and you’re done.

We repeat once again: these are far from all new blocks. Use the link above to see the full range of innovations in Minecraft PE 1.17

Attention: Minecraft PE 1.17 is still in active development – its release is scheduled for summer 2021. Nevertheless, a fairly large part of the content of the long-awaited update “Caves and Rocks” is available already in Minecraft PE 1.16.220.50, 1.16.210.61 and below. How do I activate all this content? Yes, everything is simple: go to the settings of the created map and switch the “Caves and Rocks” slider to the active position.

You will be able to download Minecraft PE 1.17 from this page when the update gets to its release. For now, we strongly advise you to download the older version and play with the new content.