Facing difficulties in Nioh 2? This is not surprising, because not only is it more difficult than the entire Dark Souls series, but also the original Nioh, which itself was a rather complex toy. If you’ve never played video games of this genre, or only played Souls games, then Nioh 2 may seem literally impenetrable to you. But don’t despair! Today we will share with you a number of tips that will undoubtedly help you defeat this wild beast. Go! 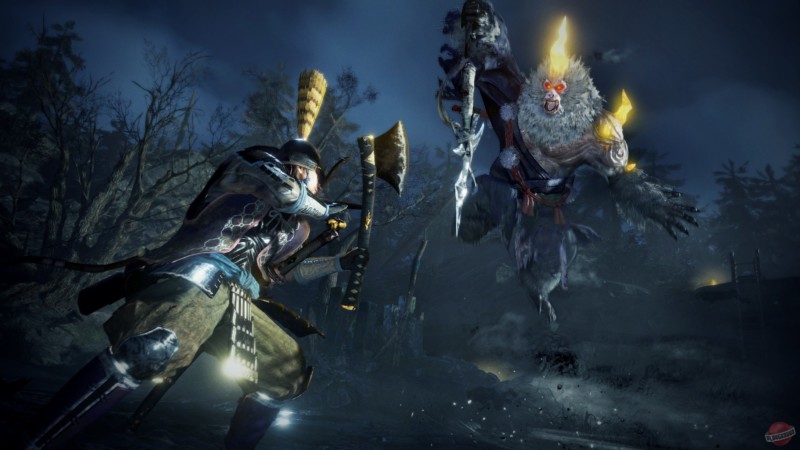 Can’t beat your opponent? Well, it is not necessary!

If you are faced with some extremely strong “enemy” and cannot cope with it in any way – run. Without the necessary level, equipment and skills, you will not be able to defeat certain opponents. You might be thinking to yourself: “the game can’t be that difficult!”. No, how can it be. Nioh 2 is an incredibly challenging game that takes hours of practice. By the way, the same statement is also true for the first part, but to a somewhat lesser extent. When faced with a seemingly invincible enemy, avoid him until you gain experience and find the appropriate equipment. Once again, this is not your fault – this is such a game.

Explore every corner of the world thoroughly

Nioh 2 is a highly non-linear game. Literally in every level you can find a huge number of all kinds of routes, passages, stairs and even secret cuts that will help you get from one point of the map to another or avoid confrontation with difficult opponents. I hate to cite Dark Souls again, but the Nioh series unconditionally borrows its gameplay, including the intertwining routes in the game world. Always explore every corner of the map in Nioh 2 so you don’t miss a secret and find additional routes. Imagine that you have a powerful opponent in front of you – how will you kill him? The first option is to go to him in the frontal and, probably, die. The second option is to go through the secret passage on the right and stab him in the back, which most likely won’t kill him, but will increase your chances of winning.

Playing by the principle of “mano-a-mano”

Trust me, you don’t want to fight a whole bunch of opponents. Always try to separate the group, make sure that only one of them sees you. Use a bow or stones to draw attention to yourself. Who knows, if you managed to cope with only one enemy with great difficulty, then you definitely will not be able to cope with a group of the same guys.

Perhaps the most important gameplay mechanic in Nioh 2 is Ki. Essentially, Ki is endurance. Each strike you hit, regardless of the stance you choose, will consume a strip of Ki. If you are left without Ki during a battle with a strong and fast opponent, you are a dead body. If your Ki runs out, you won’t be able to hit, dodge, or even run fast. In battles, you need to be aggressive, but don’t go too far! We inflicted one or two blows, retreated and so on until victorious. Nioh 2 is not Dark Souls 3, where you often just click R1 to win (kidding?). Always keep an eye on your Ki strip and make sure it never runs out to the end.

Ki Ripple is an advanced mechanic for advanced players

You can instantly restore the Ki spent on your actions if you correctly perform the so-called Ki pulsation. This is one of those game mechanics that is easy to learn but hard to master. So, Ki pulsation works as follows: press R1 after a blow (or other action that requires a quick Ki consumption). And … that’s all. It looks extremely simple on paper, but in reality … It will take you several hours to hone the Ki ripple to a decent level. And some players there will never be able to master it at a high level. It’s like parrying in Dark Souls: not everyone can do it. At first, you will focus on your Ki strip, and later, when you have gained enough experience, you will do it instinctively. Practice, practice, practice!

Why block and dodge when you can … run away?

While fighting in Nioh 2, you can attack, block, and dodge. But did you know that you can always simply … run away from the enemy to a safe distance, collect your thoughts, heal, restore Ki and attack him again? It sounds illogical, because the game teaches something completely different, but know that you can always run away from the annoying enemy to catch your breath. And there is nothing shameful about it!

Use all the gameplay combat mechanics

Many players who launch Nioh 2 immediately start fighting, randomly attacking everything to the right and left, in order to subsequently be killed by a bewildered enemy. Never, never rush into the midst of enemies, always think over your actions two or three steps forward. Attack when appropriate, remember that you can block and dodge, and try to hone your ripple skills (we talked about it above). Little by little, you will delve into the gameplay of Nioh 2 and over time it will cease to seem such a hard game to you.

Did the game give you a bow and arrow? This means that it will be much easier to pass this level using the received equipment. Always listen to what the game is trying to hint at. Found some brand new ax or katana in a suspicious location? Try using this weapon on the next section. Don’t ignore the help from the developers, especially if this help is located right before the boss fight!

Nioh 2 is by no means your typical hack-and-slash. Dangers lurk around every corner and you can die at any second. You need to move through the levels slowly and carefully, but always be ready to fight back. The latter, of course, needs to be done only if it is not a whole bunch of opponents who will destroy you in a second. You also need to be able to “read” the environment: where are the opponents, can you fight them at one point or another, what advantages this territory holds for you, and much more. It is important to remember that a frontal attack is not always a smart decision. Better to take the extra time and think carefully about your actions.

The knowledge gained quickly disappears from the head.

Nioh 2 will definitely teach you the basics of the gameplay, but not all of this knowledge will be useful to you at the very beginning. However, be aware that you can access the tutorial at any time during the game. Once you are killed, click on the corresponding button on the screen to proceed to the tutorial. Once again, familiarize yourself with the mechanics that are difficult for you or that you simply forgot about, then go back to the level you need and try to go through it again.

We put up old equipment for sale

You will not be using all equipment that drops from opponents or is picked up in the open world. Indeed, some of you will be used, but most of the equipment will just be in your inventory. So that all this good does not go to waste, we strongly recommend donating it to the Kodak Temple. Get to the nearest altar, click on the item “Make an offer” and select the equipment that you do not need. For selling unnecessary items, you will receive divine rice, elixirs, holy arrows and explosive bullets.

Nioh 2 is a tricky game, but quite passable if you put in enough time and effort. Good luck on your adventures in the prequel to the original Nioh!

What is Unmasked in Doom Eternal and how do I get it?