How to get animals across the ocean to Valheim?

One of the most rewarding activities in Walheim is the domestication and breeding of animals. Having a large number of animals on your farm allows you to provide yourself with both meat and skins, which will never be superfluous when crafting something. At the same time, it significantly reduces the time spent hunting, allowing you to do something more useful.

However, sooner or later, with the exploration of the world, the player discovers beautiful places or territories richer in the necessary resources. As a result, it becomes necessary to move to a new place with the subsequent construction of housing and household buildings on it.

Unfortunately, unlike many things, domestic animals cannot be transported through the portal, and leading them through dangerous lands is also not the best option. As a result, the best solution would be to build a boat on which it will be possible to transport animals and other things acquired by back-breaking labor.

How to transport animals across the ocean? 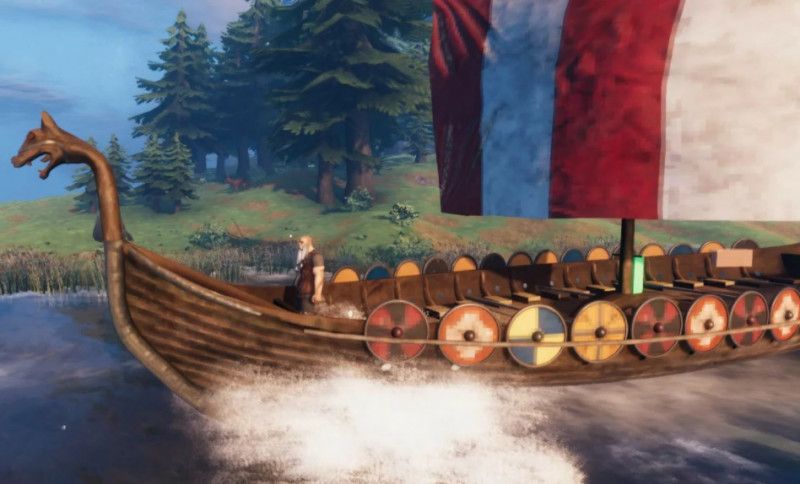 A large-scale move will require a large boat. In our case, Karve or Drakkar will do. To build the first one, you need to stock up on the following resources:

To build Drakkar you need to have:

However, in order to load the animals on board, a platform must be built. Its height from the water level should be such that our boat could swim under the edge of the berth. After mooring the vessel, the animals should be brought to their destination and a fragment of the platform should be disassembled under them so that they fall into the boat. If there are a lot of animals in our farm, such actions will have to be done several times.

Once loading is complete, animals should be instructed to stand still so that they do not fall overboard while sailing. After that, you can go on a journey to new shores.

Best crops to grow in the fall in Stardew Valley