Immortals Fenyx Rising is an action game set in Ancient Greece. The plot tells the story of a mythical hero named Phoenix. He tries to save the gods by freeing their essences and allowing them to take their true form. This guide explains the main points that will make it easier to get started with the game.

The combat system in the game is based on attacks, dodges and parries. Mastering these skills will make it easy to defeat enemies. It should be borne in mind that combat is based on timing – you need to dodge and strike at a certain time. This not only gives a bonus to damage, but also allows you to go unpunished, avoiding retaliatory attacks.

Not all attacks can be parried 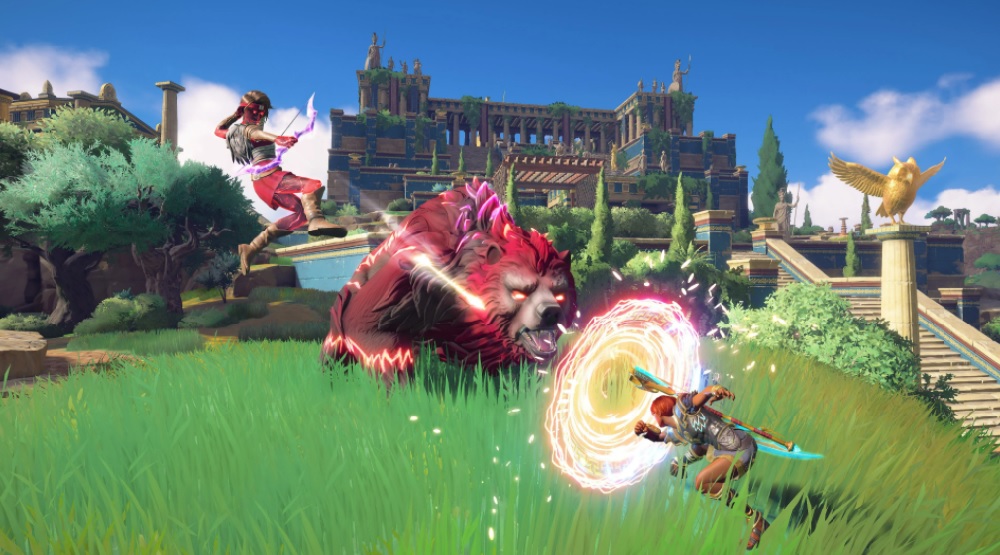 The parry mechanic is designed in such a way that when it is used correctly, it allows, in addition to reflecting attacks, to stun enemies. However, not every blow can be deflected. If the enemy is highlighted in red, this means that parrying will not work, and in this case it is better to use a dodge or a counterattack.

The hero can use stealth and cover

Phoenix is ​​able to sneak up and use various interactive objects of the environment to remain unnoticed. Thus, you can make your way behind the backs of strong enemies, which at this stage are beyond the power of the main character. In addition, stealth attack allows for increased damage.

It is very important in your free time, when the character is not in danger, to collect all the fruits and mushrooms that come across on the way. On their own, they do not provide much benefit, however, if made from them into potions, they can provide a significant increase in health and recovery.

Potions and fruits can be used while performing actions

Interestingly, at any moment, even during a battle, Phoenix can quickly restore health and stamina. It will also be useful when running for a long time or climbing a high cliff, where spending all your stamina points can lead to a fall.

The ax is used not only for battles

After completing several initial missions, the character will become the owner of the first ax, which will be useful in battles for dealing damage and filling the stun counter. However, this is not the only use of this weapon. They cut down small trees with an ax, which, in turn, can be launched at opponents. In addition, its use greatly facilitates fruit picking.

Completing quests is a very important process, thanks to which the character gains new abilities and divine powers, however, focusing only on them, you can miss a lot of interesting things. In your free time, it is worthwhile to gradually explore the world, due to which you can find hidden chests with valuable items and equipment. In addition, some crates contain shards needed to improve weapons, armor or potions, and thanks to ambrosia, maximum health is increased. 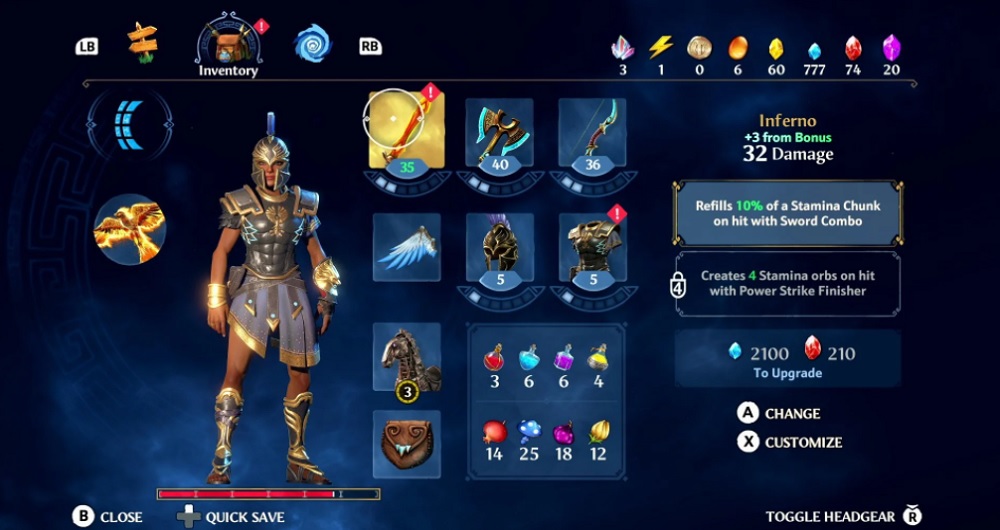 In Immortals Fenyx Rising, you can pump a character in different directions, making him a specialist in one area or another. For example, a master archer or a melee fighter. All armor and weapons have two effects that enhance a certain skill. The first effect opens from the very beginning, and the second becomes available after upgrading this equipment or armor to the fourth level.

However, such equipment is more effective for certain enemies. Therefore, it is useful to have several different items with you with bonuses against certain opponents, and use them as needed.

Sharp eyesight allows you to see a lot more, track tasks and, most importantly, find icons on the map. After the skill is applied to a specific object or place, they will be saved and displayed on the diagram. This allows you to mark different locations so that you can easily find them the next time you visit the area.

Use planning for a quick descent 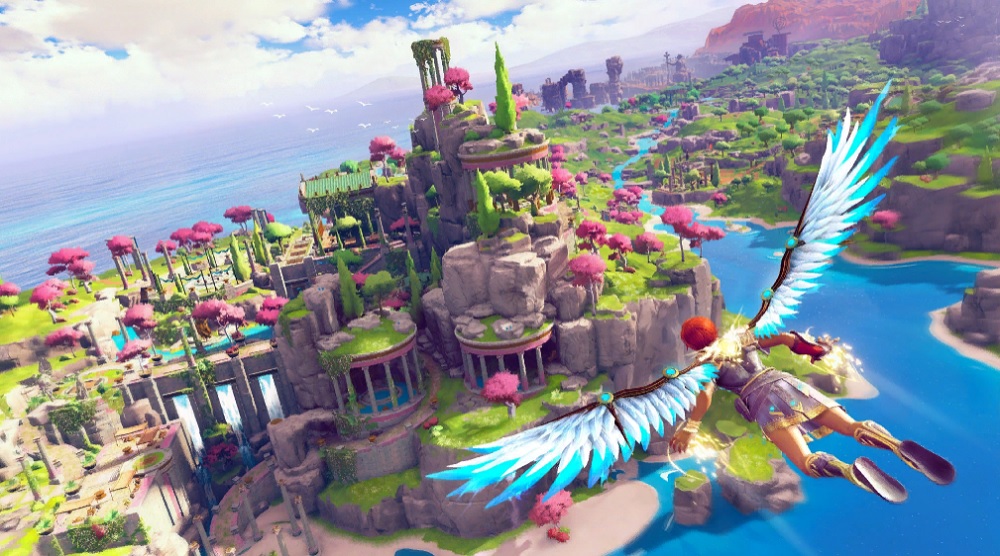 There are only a few places in the game that allow you to move quickly. In all other cases, you will have to travel on your own. Therefore, Daedalus’s wings will become an irreplaceable means of transportation. In particular, thanks to them, it is possible to planar from high points and mountains to the nearest settlements, in order to significantly save time on foot descent.

The game has three ways to save progress. The first is to perform a quick action by going into your inventory. The second option is to open the game menu and select the Save option. The third way is to choose an online action. This option allows you to transfer your save to the cloud. However, to do this, you must first make a local recording.

How to build the Spring Collection in Pokemon Go?

How do I update Genshin Impact to version 1.3.2 on PC?