The new year 2022 is just around the corner – which means that movies have already been announced that viewers will be able to see very soon. The release date of some of them was previously pushed back, so now these premieres will be even more anticipated. Among the expected novelties – not only original plots, but also sequels to the stories already familiar to us, from which we learn about new adventures of long-loved heroes, as well as a lot of superheroics, which will always be relevant.

We bring to your attention a list most anticipated films of 2022to stay up to date with all the novelties of the world of cinematography and choose in advance which films are definitely worth looking forward to.

What could be more interesting than a vampire theme combined with superheroics? The main character, a Marvel comic book character, Dr. Michael Morbius performed by Jared Leto since childhood suffers from a rare genetic blood disease and throughout his life has been trying to find a cure. Desperate, he decides to use bat blood drug, but, having reacted with diseased cells, the substance turns him into a vampire.

After the transformation, Morbius has to get used to new superpowers, and also face the mysterious villain Loxias Crown and a certain Adrian Tooms, who will invite him to join his new team.

Ancharted: Doesn’t appear on the cards

The script is based on the popular series of computer games Uncharted from Naughty Dog for PlayStation. The film is the backstory for these video games and follows the origins of the protagonist Nathan Drake and his mentor Victor Sullivan.

Nathan is a descendant of the legendary pirate Captain Francis Drake, who was awarded the knighthood by the Queen of England herself for enriching the treasury. Now the main character played by Tom Holland unexpectedly discovers an artifact of his ancestor that can lead him to treasures, and teams up with Victor “Sally” Sullivan to travel to a lost island in the Pacific Ocean and track down the tracks of his missing brother.

The image of Batman, one of the most popular superheroes, has been embodied on the silver screen by a variety of actors in numerous film adaptations of comics, and now we have to find out how to cope with this role Robert Pattison… He will be accompanied by Jeffrey Wright as Detective James Gordon, Paul Dano as the Riddler, Colin Farrell as Penguin and others.

It’s safe to say that the trailer turned out to be very promising. In his second year of crime fighting, Bruce Wayne faces mysterious serial killerknown as the Riddler who assassinates officials in Gotham. To stop the villain and deal with corruption, Batman will have to enlist the support of new allies.

Fantastic Beasts: The Secrets of Dumbledore

The third part of a new fantasy franchise written by J.K. Rowling. The action will unfold against the backdrop of the Second World War, and the heroes of the picture will become participants large-scale magic battle, which, apparently, will put an end to the confrontation between Albus Dumbledore and Gellert Grindelwald. According to rumors, Rubeus Hagrid and young Tom Riddle, who has not yet become Voldemort, will appear among the characters.

Almost all actors will return to their roles, with the exception of Johnny Depp, who will replace Mads Mikkelsen in the role of Grindelwald – and it is very interesting how a talented Danish actor will prove himself in this image.

Doctor Strange: Into the Multiverse of Madness

Another superhero action movie from Marvel Studios, the sequel to the 2016 Doctor Strange movie, in which Benedict Cumberbatch will return to his role. The plot will also feature the Scarlet Witch Wanda Maximoff, played by WandaVision star Elizabeth Olsen.

Doctor Stephen Strange continues his search for the Time Stone and seeks to remedy the aftermath of the liberation of the Multiverse. When a former friend, now an enemy, stands in his way, he has to unleash unimaginable evil… It is interesting that in the project we will see elements of a horror film, and in one of the interviews Olsen mentioned that the director was trying to shoot “Scariest Marvel Movie”and that the upcoming film will be somewhat similar to the Evil Dead media franchise, also by Raimi.

The theme of living dinosaurs, which can be seen firsthand even in the modern world, has not lost its popularity since the nineties. The upcoming picture is a continuation of the second film of the second trilogy, which ended at a very poignant moment: now people are forced to coexist side by side with giant reptiles.

Due to the proliferation of dinosaurs in places surrounding megacities, the whole world has changed significantly, and this could not but cause new difficulties, on which the plot of the sequel will focus. In addition to the previous cast, some of the cast of the original Jurassic Park have been cast in the lead roles. At the same time, in an interview, director Colin Trevorrow noted that the new film will be significantly different from other films in the series.

The project is based on the eponymous Marvel comic book series and is a direct sequel to the movie Thor: Ragnarok. Chris Hemsworth, Tessa Thompson and other actors will return to their roles; also Natalie Portman after a break and the absence of her character in “Ragnarok” will reappear on the screen in the image Jane Foster…

It is around her character that the main plot will unfold. Since the film will be an adaptation of The Mighty Thor comic, here is Jane Foster, the former lover of the Thunderer, will become a female version of Thor and try on a superhero costume and cloak, having received the same superpowers as the god of thunder.

The picture is a spin-off of the film “Shazam!” 2019. It was originally planned that Dwayne “The Rock” Johnson, as Black Adam’s antihero, would join the filming of “Shazam!” as the main villain, however, he later dropped out of the project, focusing on solo film your character.

The powers of one of the most powerful supervillains Theo Adam are similar to those of the superhero Shazam: as soon as he utters the magic word “Shazam!” six superpowers from the ancient gods of Egypt… To stop the villain, he is challenged by members of the Justice Society of America team …

In 2009, the release of “Avatar” had the effect of an exploding bomb: the film became highest grossing worldwide and held the record for over 10 years. Work on the sequels was carried out for several years after the success of the picture, but their release dates were repeatedly postponed. Now we can finally see a sequel as well as anticipate the third installment of the franchise, slated for 2024.

The action of the second part will unfold on Pandora, where the former earthling Jake Sully in the body of an avatar was able to find his happiness with his life partner Neytiri, who gave him two sons and a daughter. When to the scenic planet armed earthlings arrive again, Jake will have to fight for the well-being of what is dear to him.

The first part “Get the knives” in the spirit of the novels of Agatha Christie was a great commercial success and fell in love with the public thanks to the ironic fascinating plot, the brightness of the picture and the stellar cast, where each actor shone in his role. Possible suspects in the murder of an elderly wealthy writer skillfully trick the eccentric and lovable private detective Benoit Blanc performed by Daniel Craig.

In March 2021, Netflix acquired the rights to two film sequels. The exact release date of the second part has not yet been announced, but it is safe to say that an equally brilliant new cast awaits us, and detective Benoit Blanc will take up the investigation of a new case.

What new films in 2022 are you looking forward to? Supplement the article, by writing your opinion in the comments…

How to get Small boxes in WoT. Exchange of parcels via mail 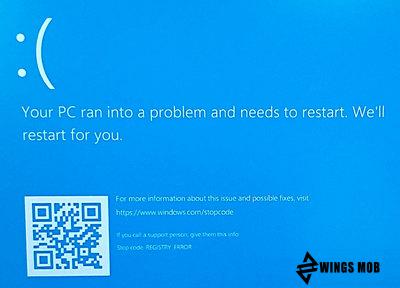