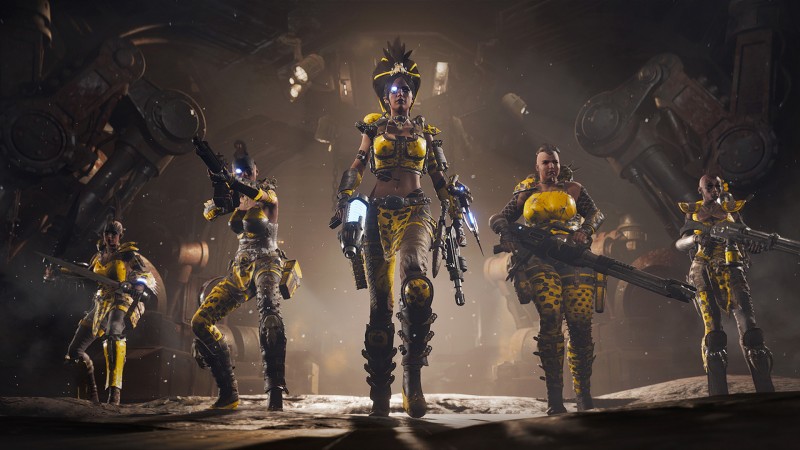 Released yesterday, Necromunda Underhive Wars is a turn-based RPG set in the Warhammer 40,000 universe. It is the first adaptation of the board game of the same name. The player will have to take control of one of three warring bandit groups and fight other gangs in brutal tactical battles, defending their rights to power. Each of the factions has both strengths and weaknesses, has its own unique characteristics and advantages. If you have not yet started playing Necromunda Underhive Wars, our guide will ease your difficult task of choosing.

This all-female gang is a fierce melee fighter with initial bonuses to their Agility, Combat Mastery, and Intelligence stats. In a fight, they strive to close the distance and divide enemies. Proper use of cover is vital to this gang, as they lack the stamina or ranged prowess of their enemies, but they can brutally deal with anyone who lets them get too close.

Members of the Escher gang have an increased dexterity rating, which increases the chances of dodging an attack, which means you can take risks and neglect cover in order to get to the enemy faster. If you think over the routes, trying to impose close combat, Escher’s house will fall on enemies like a pack of bloodthirsty wolves.

The members of the Goliath gang are difficult for opponents to defeat. While they don’t do well in any particular area of ​​combat, they win by simply attrition, relying on their ability to deal more damage than their enemies. They have increased characteristics of strength, endurance and willpower, which means that they can stay in battle even after receiving a lot of damage, and when the time comes, they strike back with a crushing blow. They also thrive in the thick of the battle, gaining bonuses for fighting multiple enemies at once. If you like fast attack tactics, House Goliath is for you.

House Orlok bandits prefer to fight from afar, taking full advantage of their initial bonuses to ranged fire and vigilance. In addition, they have a good agility buff that increases their survivability when hit by return fire or in hand-to-hand combat. If the tactics of fighting at a distance suits you, then this gang is the best fit. However, for the Orlok home, it is vital to have backup options, so they will be ideal for those who know how to think three moves ahead and keep in mind safe routes on which you can constantly move in order to keep opponents away.

Helpful Tips for Beginning Ghosts in Ghost of Tsushima