2020 was not only the beginning of the next decade, but also gave the world a new generation of gaming consoles. Sony is already making predictions about how the PlayStation 5 works and what the original controller does. However, the final look of the console is still a mystery. Along with portions of news about the new console, information appears about new games that will be released under the PS5. Time to put off guesswork and be guided by facts. Here are all the games coming to PS5, according to official sources from the developers.

Here is the next project from Gearbox called Godfall. The developers are known for creating Borderlands. They announced the launch of their game on PS5 and the Epic Games Store. There is practically no information about her, except for what the trailer from the awards ceremony shows. We know from the official Godfall Twitter channel that this is “the next generation slot game from Counterplay Games & @Gearboxofficial. The game takes you to a vivid fantasy universe in which you have to engage in close combat, collect armor and destroy strong enemies. “

Developers at Bluepoint Games have shown that they can make decent remasters. They have shown themselves to be on the good side in the work on the remasters: Metal Gear Solid: HD Collection, Uncharted: Nathan Drake Collection and Shadow of the Colossus. From a recent interview, it became known about the work on a new remaster for the PS5. All we know is that the project is big. Marco Thrasch, President of Bluepoint Games, said: “We have a big game in the works right now. I cannot say in more detail. “

Very little is known about Starfield except that it will be the next major release from Todd Howard and the Bethesda team. This will be the first new project from Bethesda Game Studios to come out in the past decade. The trailer shows a structure orbiting the planet. Probably, the main events will unfold there. More information will appear at E3 2020.

While very little is known about Starfield, almost nothing is known about Elder Scrolls VI. The teaser only shows the mountainous area and the castle. We only found out that Elder Scrolls V: Skyrim will see the world after Starfield, so we shouldn’t wait for it any time soon. Perhaps the developers will shed some light in this direction in the near future, but not necessarily.

Initially, the plans of the developers of Watch Dogs: Legion set a release date for March 20, 2020 for Xbox One and PlayStation 4. Its adjustments were made by disappointment after the release of Ghost Recon: Breakpoint, so Ubisoft decided to postpone the launch of two other projects. It is still unknown when the new Watch Dogs will be released. However, Yves Guillemot, CEO of Ubisoft, announced that all three planned games will be available on this and next generation consoles.

Watch Dogs: Legion takes place in London. The game will allow you to choose characters yourself, and the choice of playable characters will be simply huge, because the user can move into the skin of almost any NPC. According to the trailer from E3 2019, the events take place in the near future, where drones run everything.

The second game from Ubisoft, which has been pushed back to 2020. We are not talking about a release yet, but apparently the world will be teeming with creatures resembling zombies. This is a classic corporate shooter that will be available on the current generation of consoles and the next.

The third game from Ubisoft, which was delayed in 2020, was Gods and Monsters. It was originally planned to launch in February. The game is developed by the same studio that created Assassin’s Creed: Odyssey. Once again, the player will be able to plunge into battles with the mythical creatures of Greece. According to the trailer from E3 2019, the game will offer more cartoonish graphics. The project should be available on PS4 and PS5, by analogy on Xbox One, Xbox Scarlet.

The continuation of the Assassins Creed Valhalla series takes you to the time of the Viking invasion of England. The protagonist, Eivor, is a Viking assassin who leads the invasion of English lands. The player gets the opportunity to conduct raids on villages, build their settlements and a lot of other activities.

The next part of Battlefield will not be released in 2020, moreover, it can hardly be expected in the first half of 2021. During its October 2019 financial report, EA stated that the next DICE release would not occur before FY2022. In terms of real dates: this is from April 1, 2021 to March 31, 2022. There is no additional information on the game.

Lord of the rings: gollum 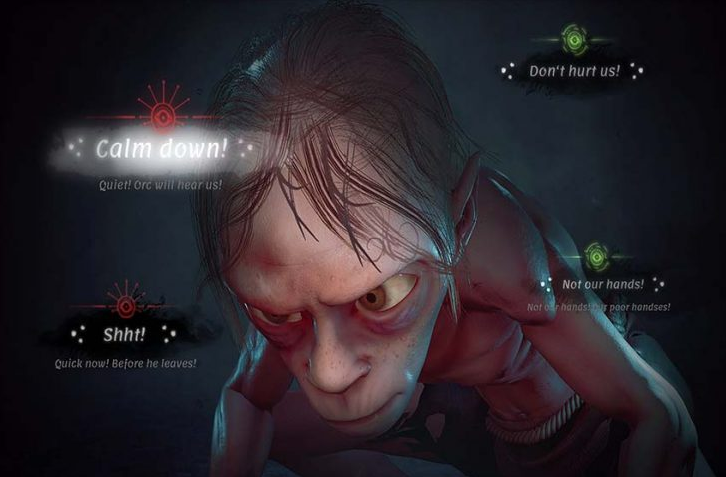 This is a narrative game that offers to follow the life of Gollum (Sméagol) after finding the ring of power and losing to Bilbo during the events of The Hobbit. The developers at Daedalic say that the game will be based on books, and not the film adaptation from Peter Jackson. So the differences between film and play can be really big. This is the first game in the series, but there are plans to release more. It is now known that the developers are planning to launch in 2021 on PC and all current consoles of that time.

On May 7, the Inside Xbox broadcast announced the release of the annual Madden game. The game footage showed only a couple of seconds. The developers report that Xbox One users will be able to transfer the game to the next generation console for free, but for a limited time. We don’t know yet if the game will be available on PS5. EA Play Live on June 11 may shed some light on this.

The game will be released on PlayStation 5 and Xbox Series X. The new part translates the series into a classic action game and relies heavily on the plot. Ichi was released from prison, where he was serving a sentence for a crime. He is met by the boss of the yakuza, who wants to destroy the main character for revenge.

Vampire: The Masquerade returns to the screens with a sequel, but for the next generations of consoles. The cult continuation of the classic series takes you to Seattle, where the hero gains full control over the character and a lot of opportunities for his personalization.

The next part of Dirt is coming. Both Troy Baker and Nolan North will participate in the races, which will allow them to participate in a career mode and as a mentor. There’s also a podcast featuring real-life celebrity voices.

For today, these are all games that are known to be released on PS5 and Xbox Series X from official sources. There are still many guesses, but facts were used as a basis for the review.

If any game is not included in the list, write its name in the comments below.