Like the main game, Doom Eternal: The Ancient Gods Part One contains Collectible Codex Pages. A total of three missions contain 13 pages, collecting which, you will receive an achievement and a trophy. This guide will facilitate the process of finding Codex entries.

The first page is located at the very beginning of the passage of the area. Defeat the demons that appear on the way to your first objective marker, then go to the marked room and take the blue keycard. After dealing with the next wave of enemies, head to the door on the upper platform in the far left corner of the building. 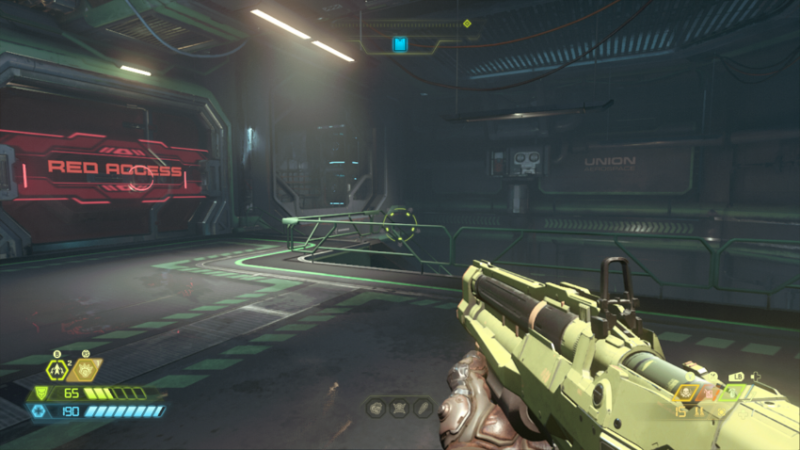 Head inside, past the locked red door on your left and head down the stairs. The Codex entry will be in front of you.

The next page is in the area with a lever that lowers the shipping container to move to a new region of the map. After defeating the demons, climb the stairs to a small platform with a first aid kit and shotgun cartridges. You will find the page here. 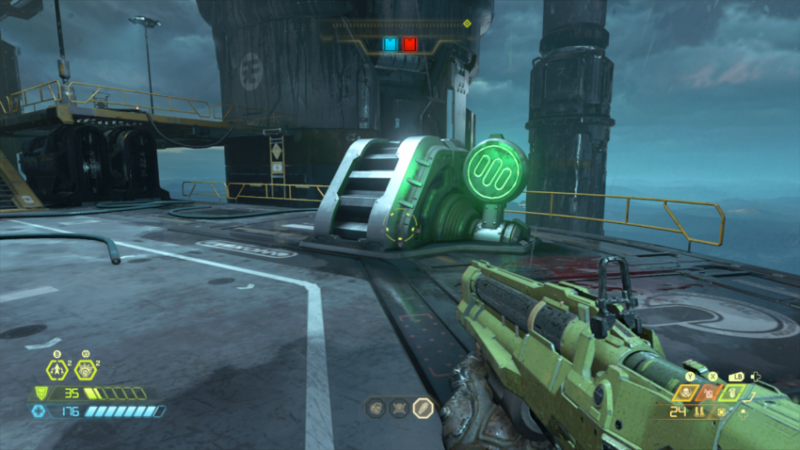 After your first meeting with the Archive, you will need to activate the fan in order to get across a large section of the ocean to the other side. Then jump onto the swing panel. Once you land, you will have to fight the demons that appear. Before using the nearest planks to move on to the next goal marker, go down the lowest trail until you reach a dead end. Look for another path near this locked door. By following it, you will find the third entry of the Codex. 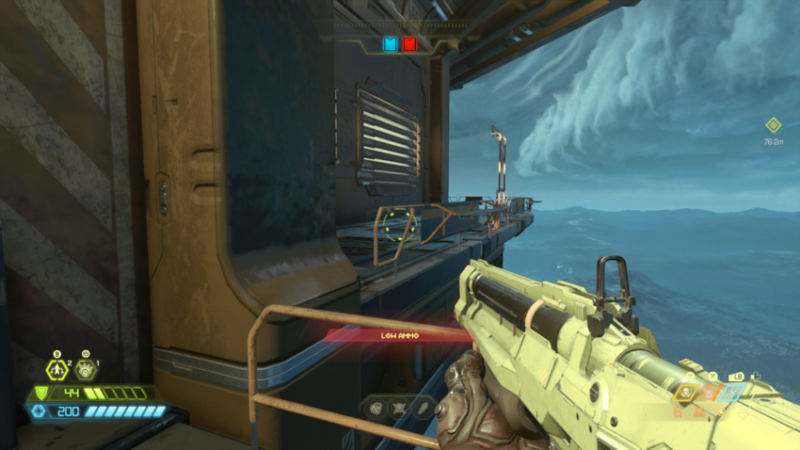 The last entry in this mission can be found after your meeting with the Doom Hunter. Enter the door and, before going up the stairs, go under it. There will be a fourth page. 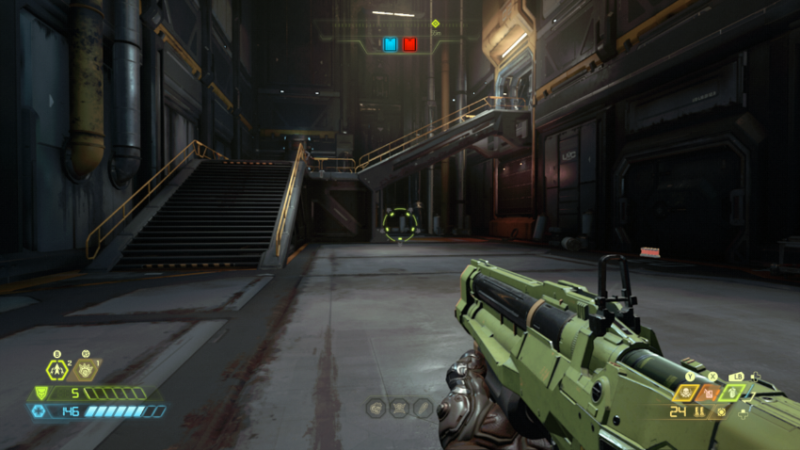 The first page of the Codex in the second mission can be easily skipped. On the platform shown in the screenshot below, double jump and run to the small platform in front of you. 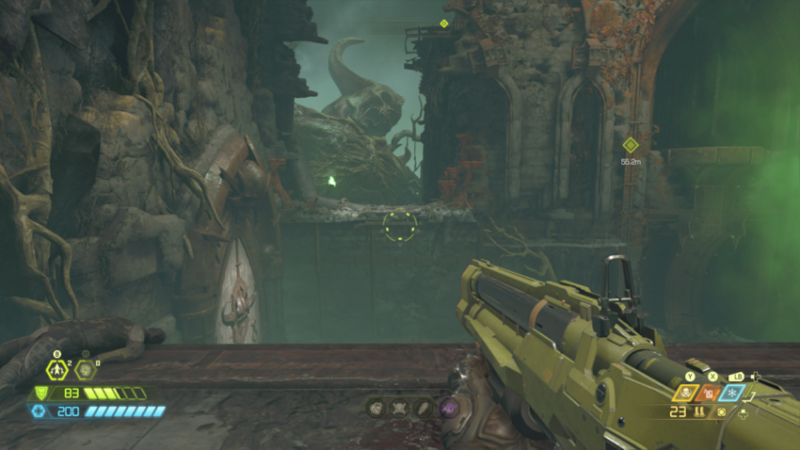 Jump down and defeat the cybermancubus that appears. Grab the Rad suit and run across the water to the ammo on the other side. Turning around, you will see a page underwater. Dive in to get it.

The next page is in a hazy place. You will need to defeat a crowd of demons, and this can be quite difficult, since your field of view in this location is limited. After this battle, look for the area shown in the screenshot below. It’s near the back wall, near a fallen pillar that you need to climb to reach the next area. 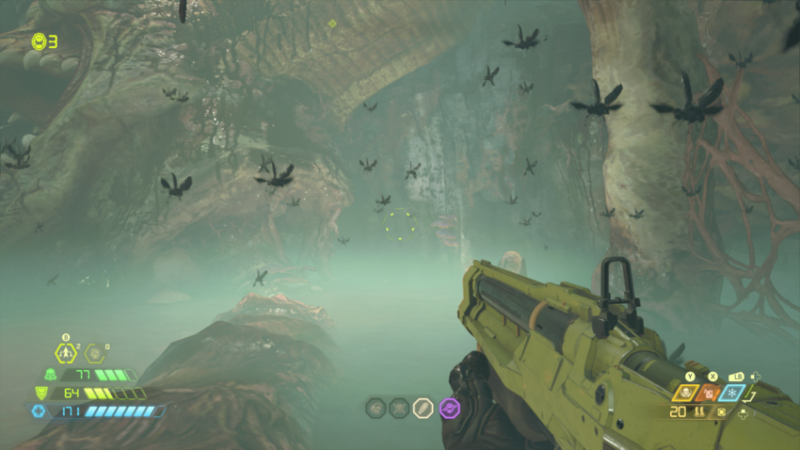 Find a small hole in the ground near this wall. You have to travel a long way under water, then fight the Hell Knight and Cybermancubus. After that, jump over the chasm to get the page.

The third page in the location can be obtained after you defeat the pain elemental. Use the platform to get to the giant column, which stands opposite the broken road. Another jump over the abyss – and a new record is in your hands. 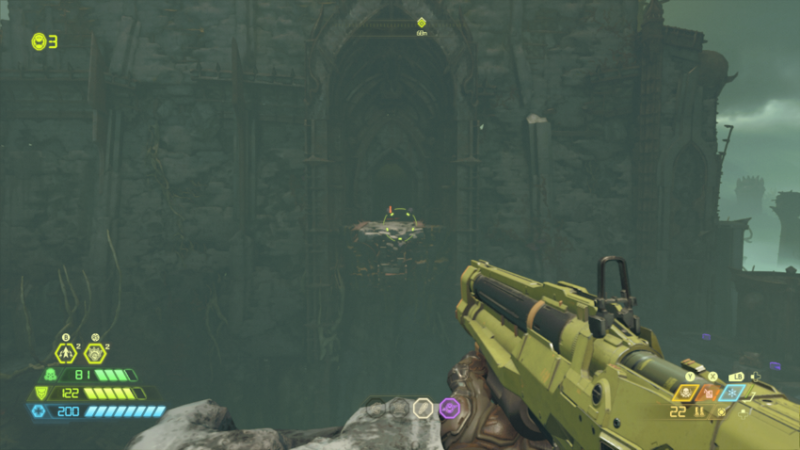 Another page of the Code can be found in the Green Wolf section. Moving through it, you must remain in his safety zone, otherwise your health will quickly deplete. Once you reach a safe place where the air is breathable, turn around and climb onto the platform where the next Codex entry lies. 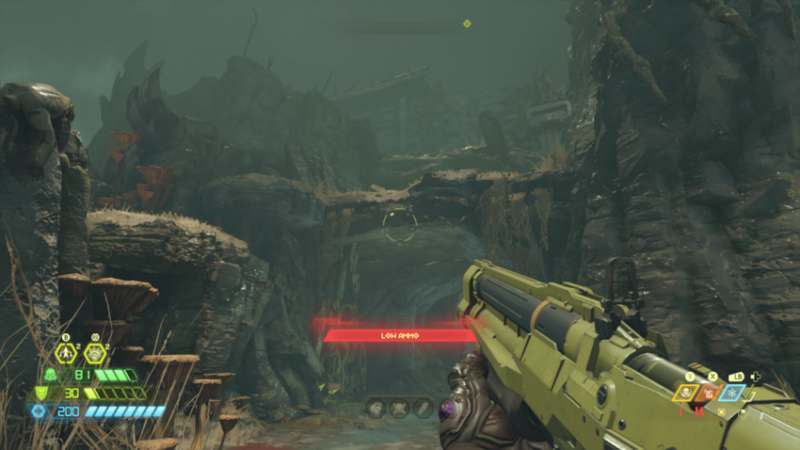 To find the first page, go to the place with the fallen tree, as shown in the screenshot below.

Examine the ledge next to it. Jump down to grab the page and use the ledge wall to return to the tree.

The next entry is revealed when you first see the Luminarium building. This will happen when the Allfather tells you about his physical form. Jump onto the platform to your right to collect the page. 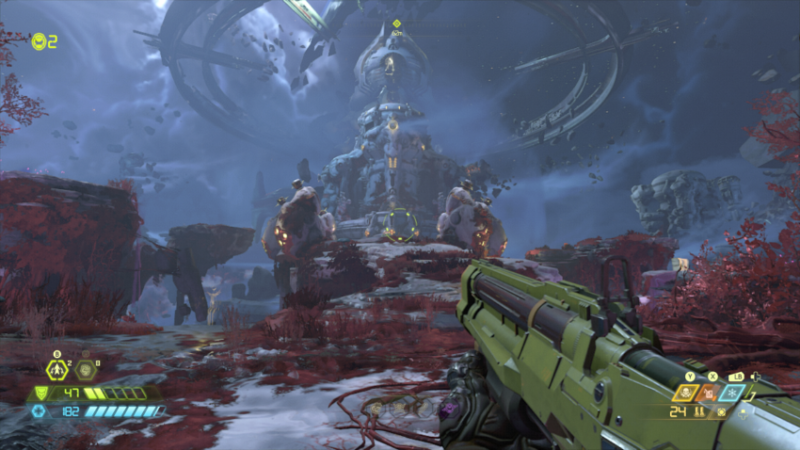 The third page of Holt’s location is in the room where you need to press the skull button to open the doors to the Luminarium. You are unlikely to miss it, as it will lie in plain sight, to your left. 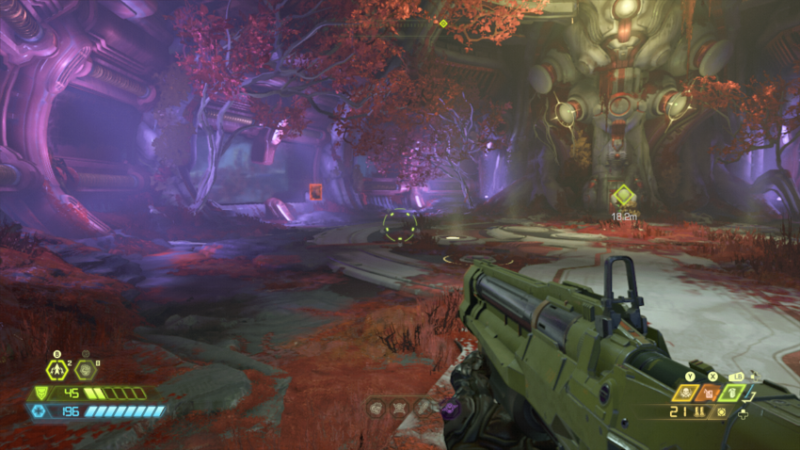 The fourth entry can be found after defeating the wave of demons in the left or right room, depending on which path you choose. Go to the next room where there is no floor. 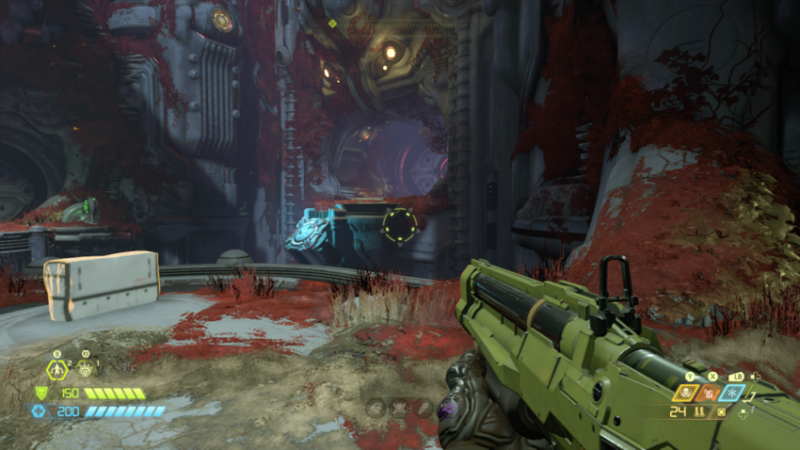 Click on the lever to activate the gravity lift. Jump to him twice and shoot at the target while in the air. Swing the bar, which then falls down, and jump to the other side. Turn around immediately and shoot at another target. Jump and run back through the same gap to pick up the page behind the opened door. 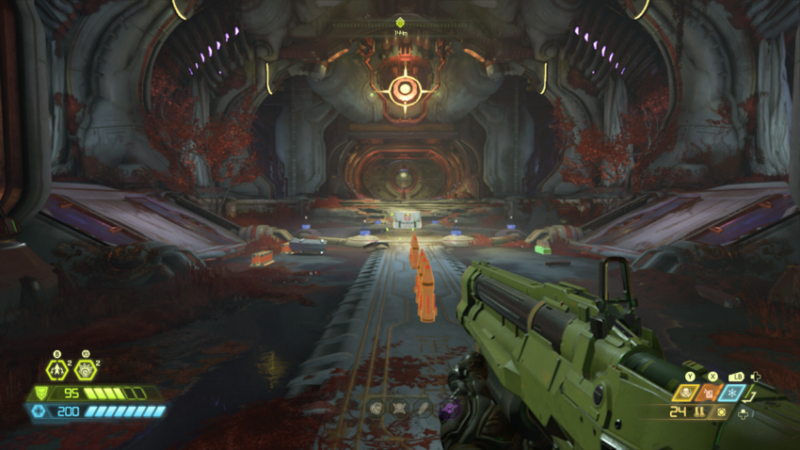 You will find the last entry of the Codex upstairs to the right of the room where you will meet the Mutated Seraphim.