The most beautiful locations in games: large-scale and memorable

Of course, there are many memorable locations in different games, and each is unique in its own way, so it is very difficult to compare them. This review does not claim to be the most objective, but in personal opinion these places are the most impressive.

Bioshock Infinite: Square with a Statue

A huge statue of Comstock stands in New Eden Square. Quite a large number of campaign posters. With different slogans, for example: “The false prophet wants to lead the lamb off the path of the true”, “Beware of the false prophet”, etc. You can see that the square is in full swing, children are playing games, a shoe shiner is working, listening to the client’s complaints about the workers … Up the street, the road is blocked and there is a mechanical horse with a cart. The path is impossible because of the campaign platforms. According to the plot, we need to get to the fair through this area. Passing by, we can admire the flying city, and the statue of Comstock. On the way we will hear a quartet “God knows him”, which are flying on a ship. There are rails transporting cargo between the islands. Wooden benches are set against the low fence. On the right, on one of them, a couple of lovers are kissing. A hot dog cart stands in front. A boy sells newspapers near the statue. Very atmospheric, some even put it on the wallpaper of their devices. The statue is striking in its majesty and beauty.

The world from any high point The Last of Us 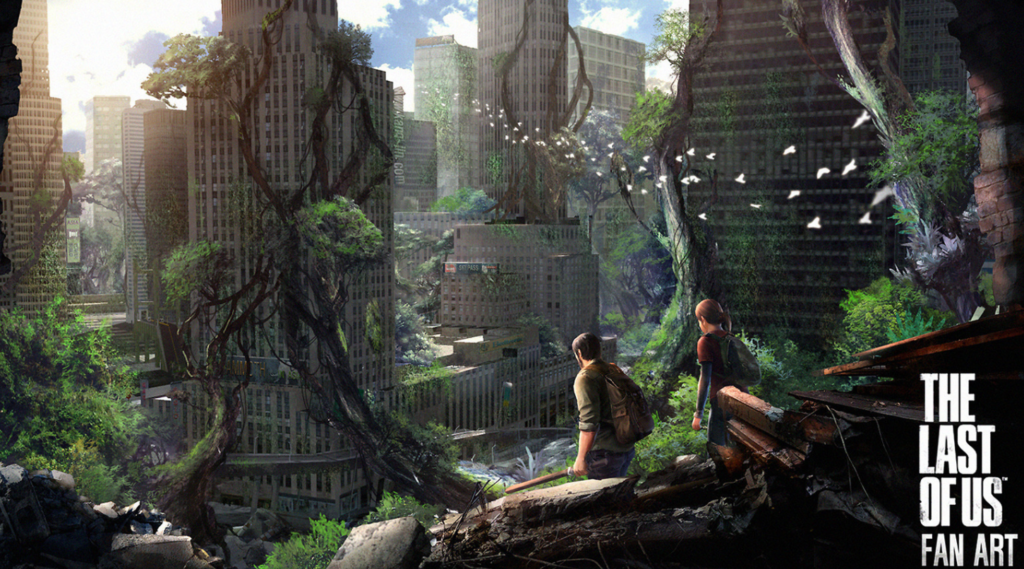 The developers with Naughty Dog, as always, have implemented everything at their best. The post-apocalyptic world is worked out to the details. So that the gamer is fully imbued with the atmosphere of the game and saw the universe of ruins. The whole creation is collapsing by man, skyscrapers are covered with mold, the streets of big cities are turning into impenetrable jungle. Nature takes everything under her wing. This can be seen even better from the wall of Boston, which protects from the infected. As for me, if you want to see a world where an unknown plague has taken over the earth and turned it into ruins, download the game faster and dive into this universe.

Remember Me: city view from the balcony 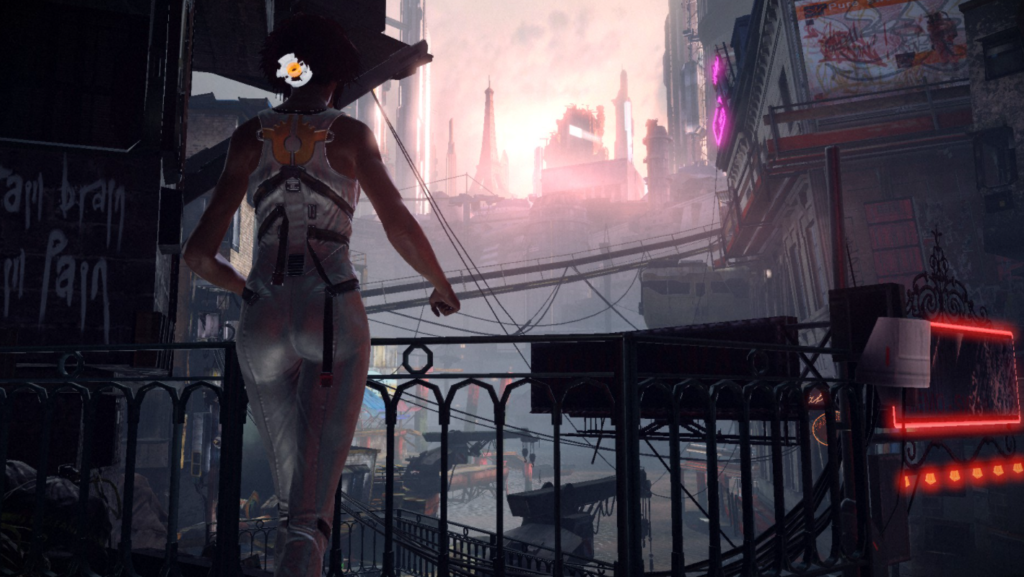 I would like to note well, just an amazing work of artists. The game instantly and headlong plunges into its cyberpunk world, and during the passage you can easily get stuck looking at the local views for 30 minutes. The universe was created specifically for connoisseurs of visual and plot. All the action takes place in Neo-Paris 2084, where two worlds collided. And in fact, a new universe of digitalization of memory and memories was built on the ruins of an old, destroyed city. Slums on the remains of the flooded land. It is interesting to see how some of the statues peek out from behind the new buildings and blend in with the new world. If you want to see what Europe would look like in the near future, then this project is for you! Players give high marks for this very component. 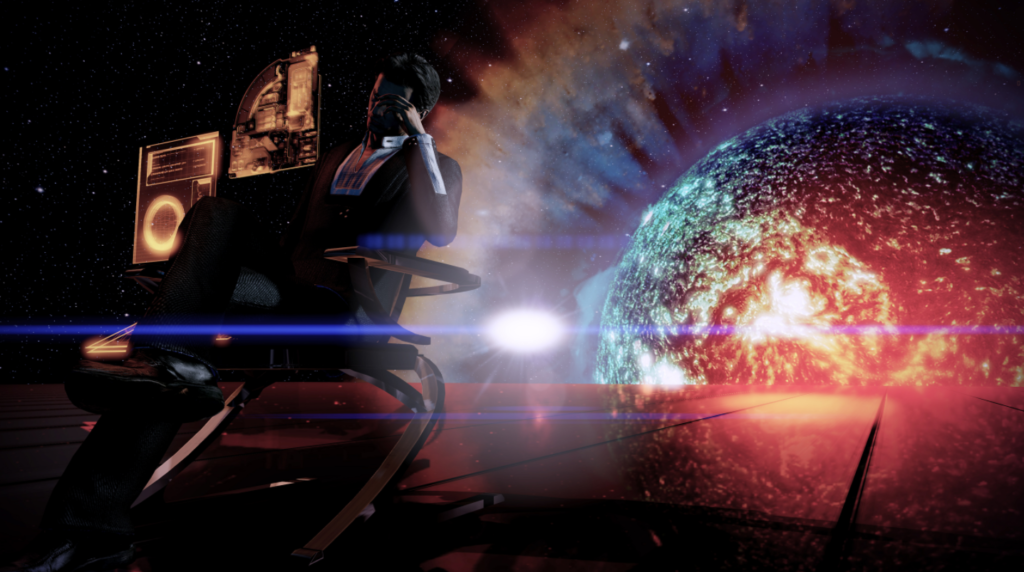 The office is designed as an endless room with a panoramic window and holograms that catch the eye. The view overlooks the star, or to be more precise, the sun. And the ghost doesn’t have a table, or whatever, just a chair. The role of the table is played by a hologram. Everything is executed in minimalism, as is typical of a ghost. You can get into the office only under the guise of a hologram. If you compare with the previous landscape places, then this room, as for me, is inferior to them (no offense to fans of the franchise). Although the view of the sun from there is really amazing.

The game has excellent graphics and detail, so it’s no surprise that a lot of places are remembered from here. Each is unique in its own way, so it would be unfair to single out just one. 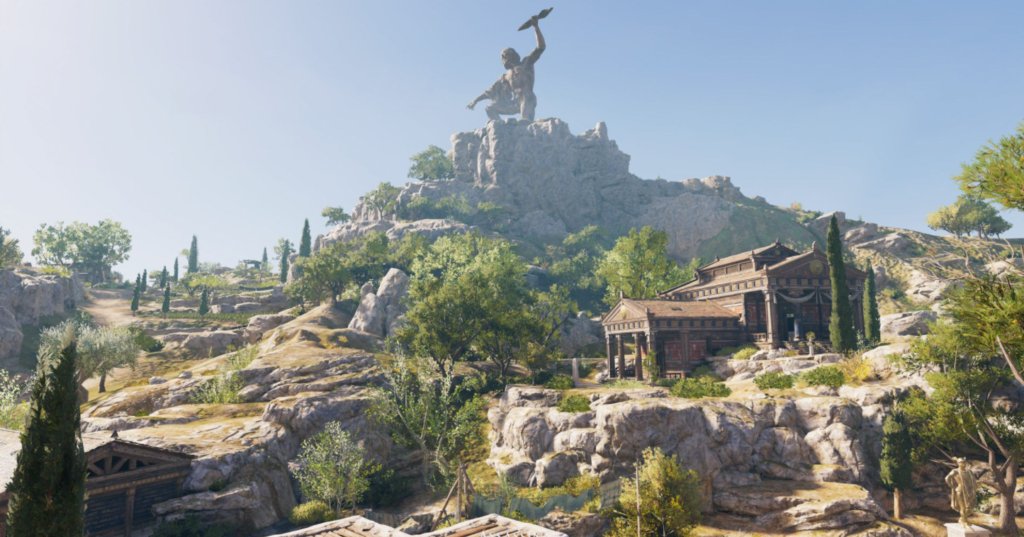 The island has a fairly varied landscape, including the peaks of Mount Enos and the sands of Myrtos Beach, as well as a very warm climate. This land is the starting point of your journey and has an incredibly beautiful landscape with a mountain range behind the city. 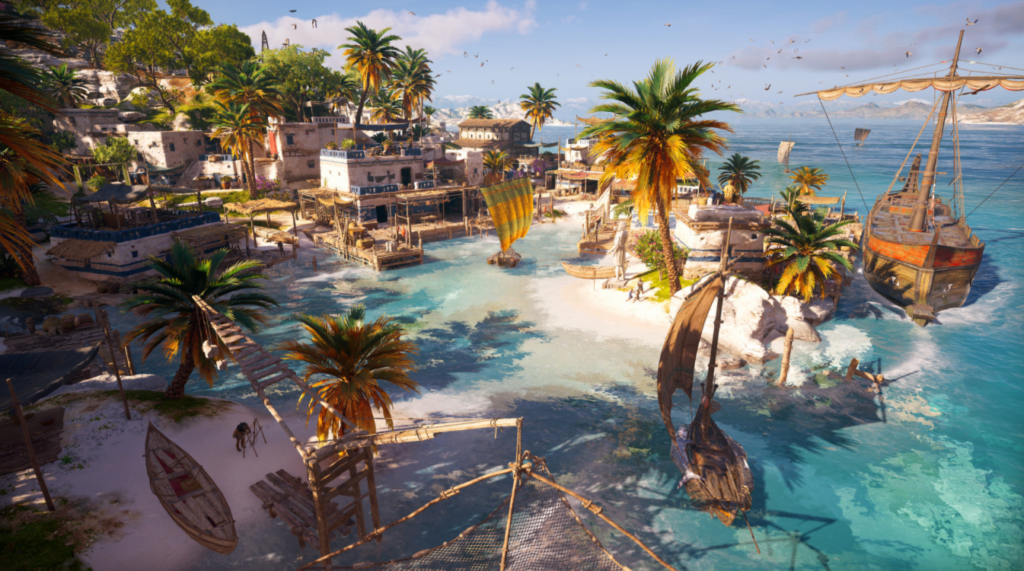 Naxos is famous for its white sandy beaches. Greek paradise – azure blue coastal waters, green Cypriot trees create a paradise atmosphere. Marble is mined on the island. The temple of Apollo is being built here, which they cannot finish. This island is a paradise for every Greek.

The aptly and aptly named Forest Islands are full of trees – some more alive than others. Their beautiful autumn colors have a unique and indescribable pattern, but there are many other reasons to spend time here. The weather beckons like wines and unrivaled marble works of art. 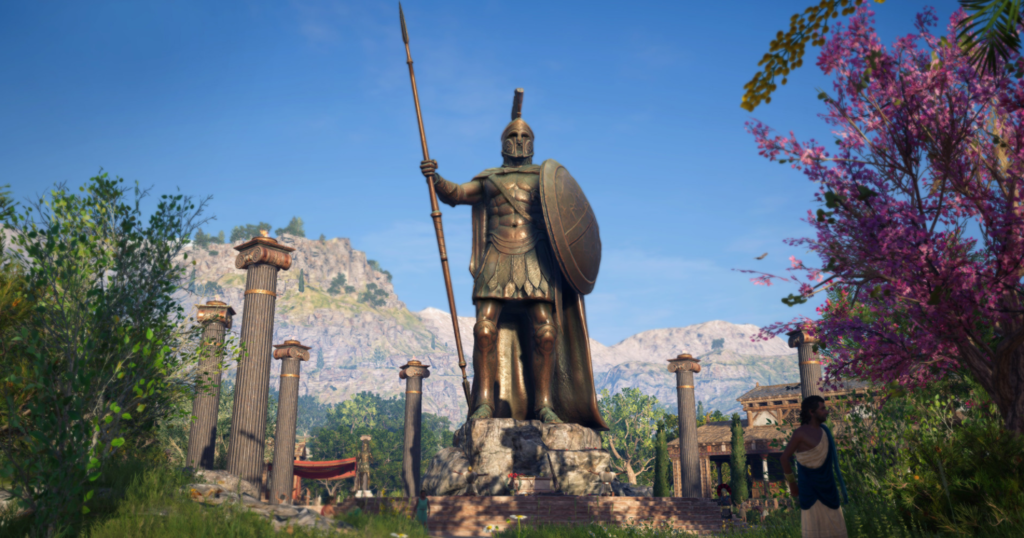 The Spring Ecosystem is Greece in all its glory, with beautiful lush flowers, plants and amazing trees. It is surrounded by mountains on all sides, which provide unsurpassed nature.

This world is a fantastic ancient universe. If you want to immerse yourself in the everyday life of the inhabitants of this era and learn how to be an assassin in such an early period, you should try this game.

ps In this top, just a small part of the games created for connoisseurs of visuals. But as for me, this list contains some of the best. But again, this is a matter of taste, and everyone chooses a game at their own discretion.

The Outer Worlds guide: analysis of all 15 vulnerabilities

The complete guide to cooking and food pairing at Valheim