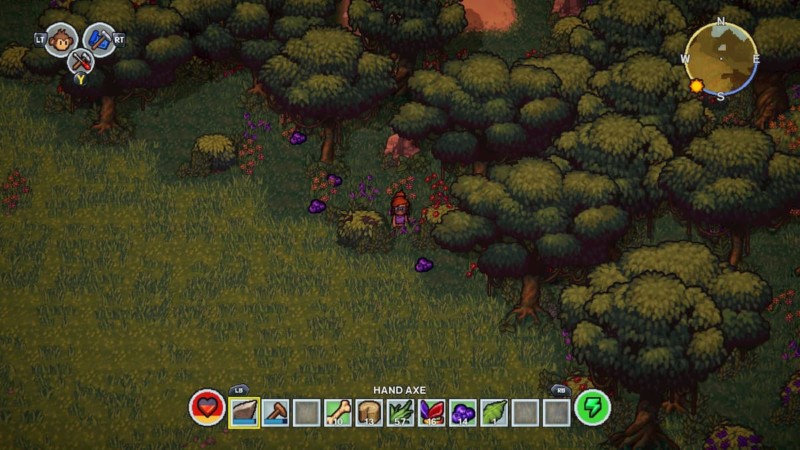 In survival simulators, food is paramount, and The Survivalists’ sandbox is certainly no exception. At the beginning of the game, you will not have any tools or supplies. In the early stages of the passage, hunger will have to be satisfied with berries and coconuts. In the future, more options for food become available to players. If you do not succeed in finding food, your character may starve to death, which will result in the loss of all in-game items.

The easiest way to find berries is. The raft on the beach contains a handful of berries to help you get started. But they are not stored for long, and they satisfy hunger only for a short time. Look for berry bushes on the grassy part of the beach for a quick snack. These bushes are easily recognizable by the large purple berries on them. Sometimes such berries are found in the vicinity of the forest. You will collect a decent amount of berries from each bush, but they do not provide very much in terms of saturation.

Berries can be paired with coconuts or petals to make smoothies or monkey food around a campfire. The smoothie is easy to make, but it will satisfy your hunger and raise your health level much better than just berries.

Coconuts are easier to find than berries, but in general there are fewer of them on the islands. They are found on beaches, near palm trees. To get those that still grow on the tree, you will have to cut down the palm tree. Coconuts are not particularly nutritious and are best used in smoothies and other foods.

Fish meat is quite difficult to get. You will need a spear to hunt fish. It can be picked up from fallen enemies, bought at the Mystery Shop, found near skeletons, or crafted. The last option is the most time consuming, since metal is needed to create a spear. To get it, you will have to go to volcanic regions, thereby exposing yourself or your group to dangers.

Oddly enough, but fruits on the islands are not so common. These food items are sold in the Mystery Shop, and they sometimes drop from fallen enemies. During exploration, you will also find small amounts of fruit on trees, in swamp biomes, and on enemy territory – in orcling’s hideouts and barrels.

Fruit is used both as a stand-alone product and for the preparation of other products. They satisfy hunger better than berries and coconuts.

Meat and parts of animals

The hardest thing in The Survivalists is to get hold of meat. To do this, you must either catch small animals or defeat a large and usually aggressive large animal. Small animals throw off cuttings of meat, larger ones – both cuttings and pieces, sometimes a steak falls out of dangerous predators. All three types of meats must be cooked over a campfire or in a saucepan before they can be eaten. Individual pieces can be used to make a kebab that replenishes a decent portion of health and stamina. But steaks provide the best performance gain.

You will need the help of monkeys to cope with a large animal capable of giving a serious rebuff. Set up traps for small animals. Typically, prey, consisting of meat and fur, is found trapped the next day.

Do not neglect the small parts of animals, such as the wings of a bat – they can also be cooked in the camp.

How to get dirt and sand in The Survivalists

guide to each battle with Nemesis