Why did video cards become so expensive and when will GPUs fall in price?

One of the most talked about topics among gamers is the insane cost of video cards. Without any visible changes by the developers, they increase in price and this trend has been going on for quite a long time. We tried to figure out when this excitement will subside and what gamers should expect to buy a video card at a good, or at least an adequate price.

What is the reason why video cards have soared in price?

Gamers from all over the world are wondering why they can’t buy a top-end graphics card at the right price. If earlier, during a conversation about video cards, we were talking about amounts up to $ 1,000, today the price is over $ 2,500-3,000. This makes video cards inaccessible to gamers, their entire assembly could be cheaper than a single video card. Moreover, even gaming laptops have started to rise significantly in price. It would seem that gamers began to buy less video cards because of their cost, manufacturers should have reduced the price, but this is not happening.

This is to blame for the cryptocurrency, which is produced by video cards. From a gamer’s point of view, the market for video cards should have exceeded demand, but in reality this is not the case. No matter how actively manufacturers work, miners quickly buy up everything, thereby creating a deficit. Even if you have the required amount to buy a video card, it will not be possible to purchase it immediately, you will need to wait for new deliveries. For the miner, video cards have also risen in price, but bitcoin has also surpassed the $ 50,000 mark per unit. Mining cryptocurrency, the miner will return all his money and earn, and the gamer will remain in a big minus.

How much did video cards rise in price?

We can safely say that even simple video cards have risen in price by 100% of their original price. If earlier it was possible to take $ 1000 and buy a good gaming video card, today you will have to pay 2-3 times more. All video cards that enter the domestic market are immediately sold out by miners, no matter what price the store or retail network sets. Due to the constant scarcity, such a rapid rise in prices occurs. Nvidia announced that the average prices for video cards in recent years have increased by up to 70%, but in reality the growth is greater. Even if a card appears on the market with a minimal mark-up, it is almost impossible to buy it.

Everything can be seen in comparison with previous years. If in 2015 you wanted to buy a flagship graphics card, and it was a GTX 980 Ti, then you had to give $ 650. This is the actual price you would give away at an electronics store near your home. In 2021, the flagship GeForce RTX 3090 graphics card is officially sold for $ 1,500, but you can’t buy it for this money, you will have to pay twice as much.

When will this insane demand stop and what should gamers expect?

To understand when it will be possible to purchase video cards at more affordable prices and the sharp surges will stop, it is necessary to study history. At the end of 2017, there was a similar situation, bitcoin added almost 200% to the price, breaking world records. Miners began to actively purchase video cards, there was a shortage of them and the prices soared. In 2018, there was a drop in the price of bitcoin and video cards began to return to store shelves and began to be sold at more optimal prices. Therefore, we can safely say that there are several options for the development of events that will lead to a reduction in the cost of gaming equipment.

It should be remembered that video card manufacturers do not benefit from such a strong demand for video cards from miners. The point is that if gamers cannot purchase video cards, then game developers will not have the motivation to create new projects, and this will lead to the collapse of the entire industry. Bitcoin may fall in price, it is not the most stable currency, and the developers will not come back, because they have to work on projects for years and everything may be in vain. New GPUs from Nvidia, which will have built-in hardware protection against mining, can help in solving this problem.

In the software part, protection is already there, the device driver does not allow mining cryptocurrency on top video cards, but software protection can be bypassed and everyone uses it. The hardware protection will be hardcoded into the GPU and cannot be bypassed. Today we are talking about the fact that such protection will receive video cards GeForce RTX 3060, 3060 Ti, 3070 and 3080 Ti. This is bad news for cryptocurrency miners, but great news for game content developers and gamers.

Option 2: the cryptocurrency will start to fall in price

If the cryptocurrency starts to fall in price, then the cost of video cards will also rapidly creep down. The miner will not spend a lot of money on a video card that does not pay off or does not bring him earnings. Gradually, video cards will begin to return to store shelves, the price for them will be lowered to the nominal. However, there are serious concerns that Bitcoin will not soon decline to the point where buying a video card for several thousand dollars will be unprofitable. And yet, the cryptocurrency market is not the most stable, which means that one can hope for a rapid drop in the price of bitcoin, which will pull everyone else along with it. 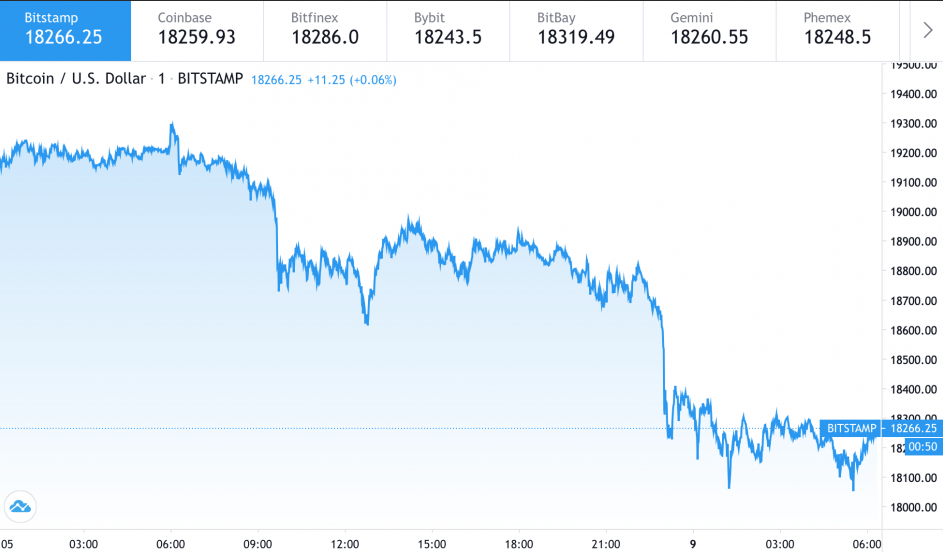 In order for video cards to be purchased by miners, certain conditions must be made for them. A miner does not buy a video card because he likes it, he only buys it to make money. A decrease in the profitability of mining will lead to the fact that a huge number of miners will be forced to stop their activities, and this will already lead to a decrease in the price of video cards.

Do not forget that every year it becomes more and more difficult to mine cryptocurrency. Mining directly depends on how many miners take part in it and what equipment each of them uses. If we are talking about bitcoin, then getting it even with top-end video cards is becoming more and more difficult, because there are those who use expensive asics devices and simply take most of the coins for themselves. If everyone switches to asics, then video cards will simply not be needed, which means that they will begin to fall in price.

What should gamers do now?

Of course, a reduction in the price of video cards is possible, but you want to play right now. The industry continues to work so far, new gaming projects appear, which are very interesting and are designed for a new generation of video cards. If a video card at an adequate price is needed today, then there really is a way out. You can turn to stores from the USA and Europe, where prices remain more than optimal. There is also mining there, but electricity is so expensive that it is not profitable to mine cryptocurrency using standard methods. If you can buy a top-end video card today for 3000 dollars, then in the USA you can quite count on a price below 1500. Even taking into account the cost of delivery, this will be a more profitable option.

Another way out of this situation is to buy a used video card. These are on the market and there are quite a few of them, the prices are optimal. But here you need to be careful, you need to understand that a video card can be sold by the same cryptocurrency miner, which means that it worked in harsh conditions. Often times, mining farms are not properly maintained, resulting in severe overheating of the graphics chip. It is imperative to check and test used video cards before buying to make sure they work.