Why is CompatTelRunner.exe loading CPU and disk in Windows?

Most users can encounter the CompatTelRunner.exe file in the task manager when they see there a high load on the processor and disk from this process. Moreover, you can also learn about it from the perspective of the relationship to Microsoft telemetry in Windows 10. It often happens that after updating to a new version of the operating system in the task manager, CompatTelRunner.exe takes up to 95% of the PC’s resources. It can appear in both Windows 10 and 11. It is easy to think that we are talking about malware, but in this case it will be an error, at least in most cases. This is a proprietary service from Microsoft.

Compattelrunner.exe is an executable file, which in its name bears an abbreviation for Microsoft Compatibility Telemetry. It appeared in Windows 7 and migrated to all subsequent versions of the operating system. Responsible for telemetry from Microsoft, which collects data about the system, its use, performance and is sent to Microsoft servers. As the developers say, such data is useful to them to strengthen the protection of Windows and to improve the comfort of using the operating system.

The Compattelrunner.exe file is located in the C: / Windows / System32 / folder and should be approximately 140-150 KB in size. If its location is different or the weight is much larger than the specified size, it is most likely a virus disguised as a Microsoft service.

There are 2 sides of the issue here: theoretical and practical. From the point of view of theory, this service is deeply integrated into the OS and is important for its various functions. Disconnection can lead to failures that are difficult to predict. Also, the procedure will lead to a decrease in the degree of safety. As a practical matter, disabling usually does not affect the performance or stability of Windows. However, it is involved in some important processes, including the procedure for updating the operating system and some built-in applications. It is also used by the system during the period of Windows diagnostics.

How do I disable Compattelrunner.exe from launching?

Since Compattelrunner.exe is often involved in Windows updates, the increased load on its part may be the result of the update. That is, after waiting a little, it will stop loading the processor and disk, which means that there will not be much sense in shutting down. Those who do not want to transfer their data to Microsoft, or have been watching the loading of system resources for a long time without improving the situation, have the right to block the process. You can do it in several ways: end the process and set a block to start it, or simply delete the file. It is still better to follow the first path, since in the future, if there are problems, you can easily unblock the process.

Through the task scheduler

In this system menu, we can set the blocking of the launch of the file at any attempt to call it from the operating system. 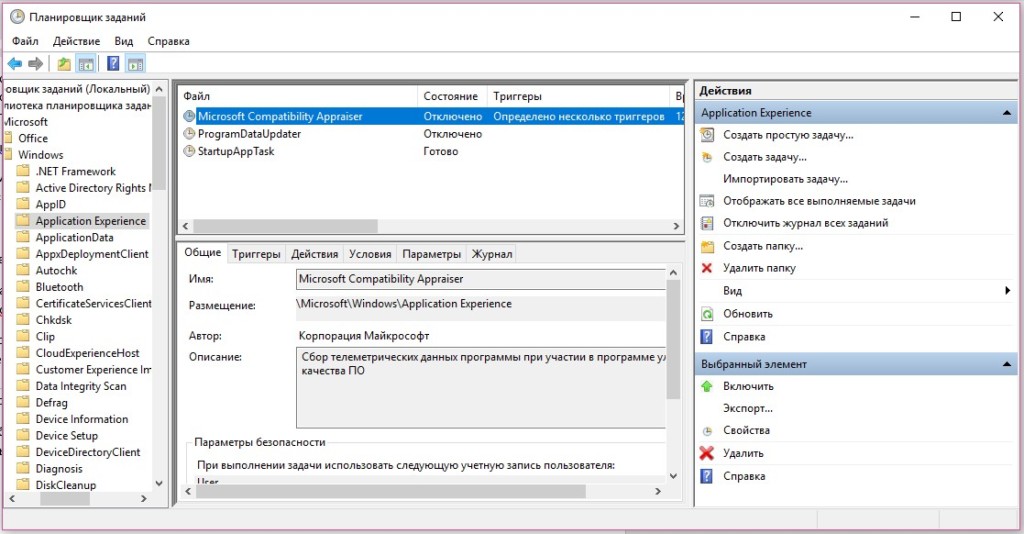 Advice! If the problem persists, additionally disable the ProgramDataUpdater parameter in the same section by analogy with the instructions above.

Unfortunately, this is not an easy removal. If you select a file and press the Del button, we will see a ban on deletion. There are a few additional steps to take before. 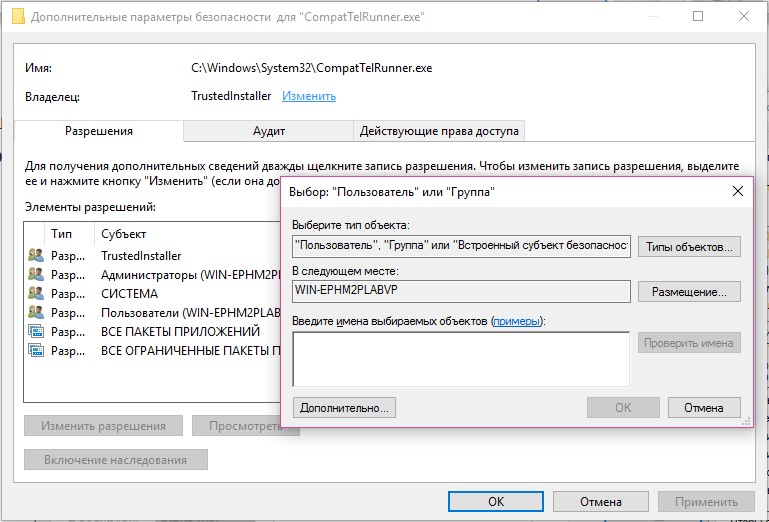 If the Compattelrunner.exe file is loading the processor or disk by 50 or 100%, you can block it or even delete it. But sometimes a simple removal of the update also works, which often becomes the source of the problem.