The Dyson Sphere Program is a strategy simulation game set in space. Events unfold in the distant future, when humanity has learned to draw energy from the stars. The player’s task is to create his own galactic empire, starting with the manual extraction of resources on one of the planets. This guide outlines the basics and provides tips on where to start for a quick and successful start.

Before you get to the first planet and start creating production chains, you need to become familiar with the star system. At the start of a new game, a map will be offered, the parameters of which can be changed. A game universe will be generated based on our preferences.

The first of the parameters determines the number of this system. This value can be changed by entering a maximum 8-digit number that will ultimately determine the distribution of stars and planets. The next field indicates the number of stars in the system, and the third and last slider determines the concentration of raw materials on individual celestial bodies. Besides manual settings, you can click “random world” at the bottom of the screen.

Choosing a location for the location of the first base

Since the game has a procedurally generated world, each new start will be unique. Climate, resource allocation and continent distribution will be different. In the beginning, we will have a fur at our disposal, with which you can look around and choose the optimal position, where the concentration of resources will be the greatest, and their location is close to each other. Use the planetary view to identify such a location.

Always take fuel with you

The mech you control must be turned on, otherwise it will not be able to perform any actions. However, it consumes fuel, which must always be kept in inventory. The following resources can be used to fuel the robot: 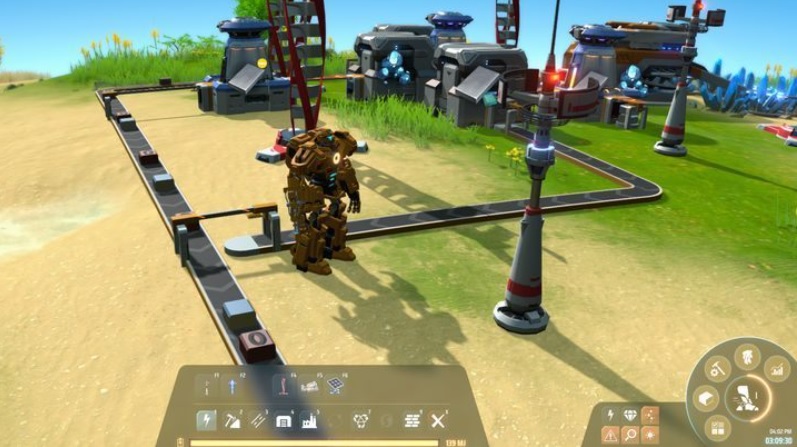 Consider the layout of the base

The optimal layout of the base plays an important role in the rapid development. This will keep your production chains running smoothly and you won’t have any problems with further expansion. Explore the territory and outline the places where and what objects will be located in order to optimize logistics as much as possible. Since products from factories and mines will need to be transported to warehouses using conveyor belts, do not place production too close, otherwise they will interfere with each other.

Warehouses can be created on production lines to collect finished products from the entire chain. However, it is also worth having additional storage that is not connected to any network. They can be used for additional resources, and those that the robot will extract.

In addition to the tech tree, the game has a branch for improving the robot. Thanks to this, he will receive new functions, will be able to move faster and increase his carrying capacity.

Production chains for the production of dies

The matrix is ​​the main raw material associated with the development of technology. Without it, you will not be able to develop and discover new buildings and resources. The matrix is ​​divided into several types, described below.

The most basic matrix can be created after opening the “Electromagnetic Matrix” technology (the second in the line of the main stream). To develop a technology for the production of this matrix, you will need:

The production line for creating the blue matrix is ​​as follows: 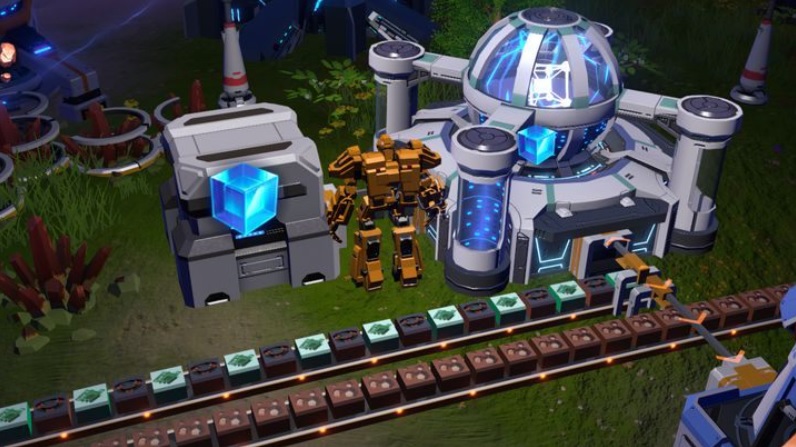 To develop the technology for the production of this matrix, 200 electromagnetic (blue) matrix will be required.
The first stage of the production chain of the red matrix looks like this:

The second line of the production chain looks like this:

To develop a technology for the production of this matrix, you will need:

The first leg of the yellow matrix production line looks like this:

The second line of the production chain looks like this:

To develop a production technology for this matrix, you will need:

To develop a matrix, this is useful:

To develop a technology for the production of a gravitational matrix, you need:

To create a green matrix, come in handy:

To develop a technology for the production of this matrix, you will need:

To develop a white matrix you need:

All matrices are manufactured only in matrix laboratories. This building operates in two modes – production and research. The first allows you to accumulate “reserves”, which can then be used. If the building is operating in this mode, it should be connected to the warehouse where the final product will be assembled. 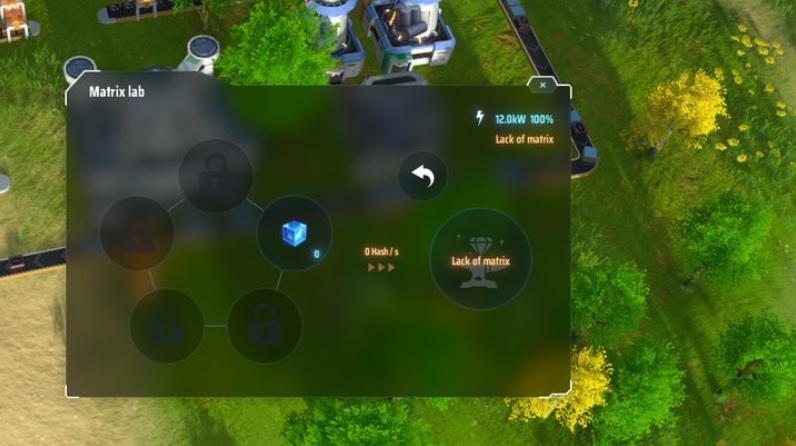 It is important that you have as many buildings of this type as possible. Thus, you will create an automatic system in which part of the network creates a matrix, and the second is engaged in research.

What technologies to develop?

Another important branch of development is smelters and their upgrades. Since with their help, basic materials are created that are used for the construction of buildings. Also don’t forget to design new types of matrices. They will be needed to discover more advanced technologies.

The most efficient sources of electricity

Electricity is the backbone of the entire system, as it is required for every building to operate. The first technology to unlock is a wind farm, which will form the backbone of the entire energy sector in the first phase of the game. Over time, you will gain access to more advanced power sources such as a thermal plant and a coal-fired power plant. 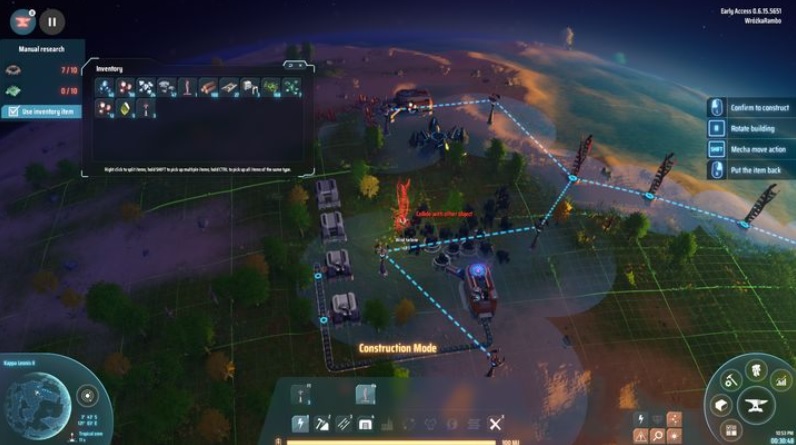 Each planet is randomly generated, including the resources located on it. The main means of transportation is fur. At the initial stage, it is rather slow, but after making improvements, its speed will increase significantly, and its reconnaissance will accelerate. 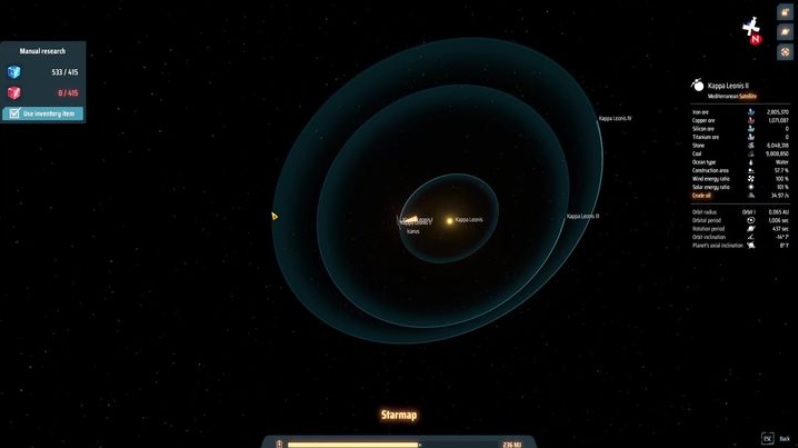 Once Drive Engine 2 technology is developed, it will be possible to launch spacecraft to explore star systems. When traveling, pay attention to the condition of the batteries. If they are discharged, the satellite will stop moving and begin to drift. The panel at the bottom of the screen displays the battery status, as well as flight speed and distance to the nearest planet. After the ship reaches the target, it will be possible to return to the classic look.

No sound in The Medium on PC: why and what to do?

The complete guide to sailing in Valheim